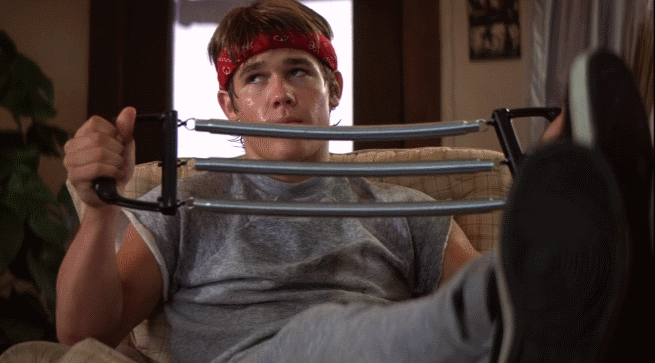 Early on in his career, before he became the Mad Titan Thanos or went to live in Sin City, Josh Brolin played Brand, one of the elder members of the titular group of misfits in The Goonies.

In a Reddit AMA session, Brolin recounted fond memories of the film and talked about the possibility of a sequel almost 30 years later.

There's always a possibility. Seriously, no teasing. About every 5 years it comes up. I've never read a script. It seems that recently in the last year, there's been more talk of it than usual from the likes of Corey Feldman and Richard Donner. But that's as far as it's gone for me. I don't know how I feel about a sequel, given that I love the original movie so much.

Not exactly a lot of hope there, but you know, Goonies never say die..

Brolin can next be seen in Sin City: A Dame to Kill For, opening August 22.