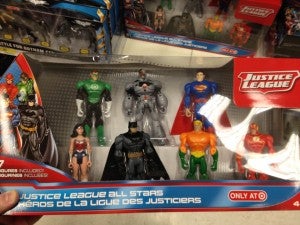 Will Superman never get his trunks back?!

Shortly after the launch of the New 52, we noted that some of the new Super Friends toys available at Target stores quite resembled the New 52 outfits for Superman and Batman.

Well, now it's official: The New 52 has come for your children.

As you can see from the image at left, there's a new Justice League All Stars box set, featuring kid-friendly takes on the New 52 Justice League. Green Lantern, Cyborg, Superman, The Flash, Aquaman, Batman and Wonder Woman are included in the set, which retails for $49.99, with select figures available separately for $7.99 apiece.

Individually-packaged characters include Superman, Lex Luthor (resplendent in his green and purple armor), Batman, Green Lantern and The Flash. In case the promo art on the left-hand side of the packaging wasn't enough of a tell that the characters are in their New 52 costumes, take a look at the Flash costume (preferably below, where you can actually see it, since these photos were taken under the lights at a retail store).

The Flash's pervasive lightning effects are clearly evident on the figures, meaning that it's not just a matter of Man of Steel influencing Superman's subdued color palette and missing trunks. You've also got a version of Wonder Woman that features a silver (rather than gold) color scheme, and the New 52 reimagining of Cyborg.

Ironically, the Batman figure has lines painted in all the right places, but the actual sculpt looks less like the New 52 Batman than did the Super Friends version. Those kneepads used to actually be carved in; now they appear to be just painted on, with a body that's the same as most of the other male characters.

Another oddity: The Justice League logo is the one used immediately before Flashpoint, eschewing the current logo in favor of something a bit more iconic.

Check out the rest of the images below. 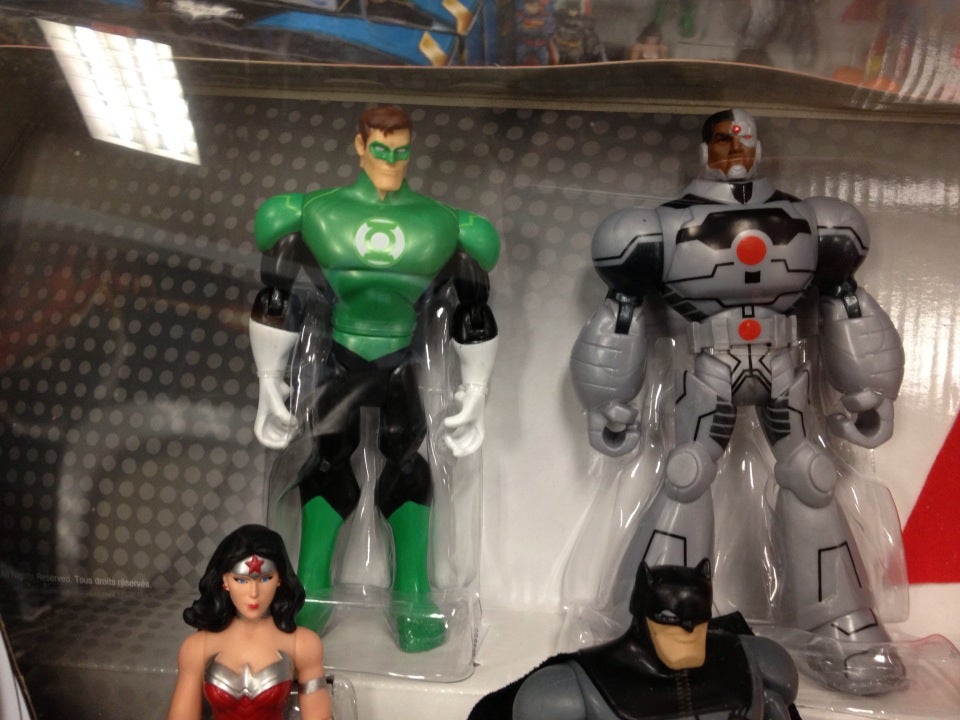 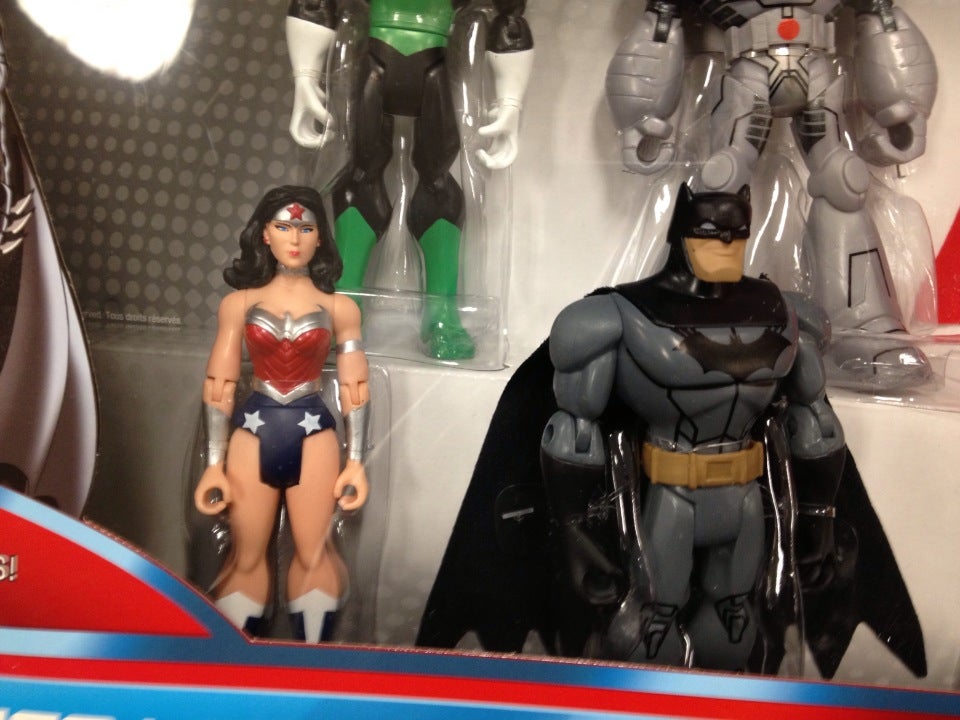 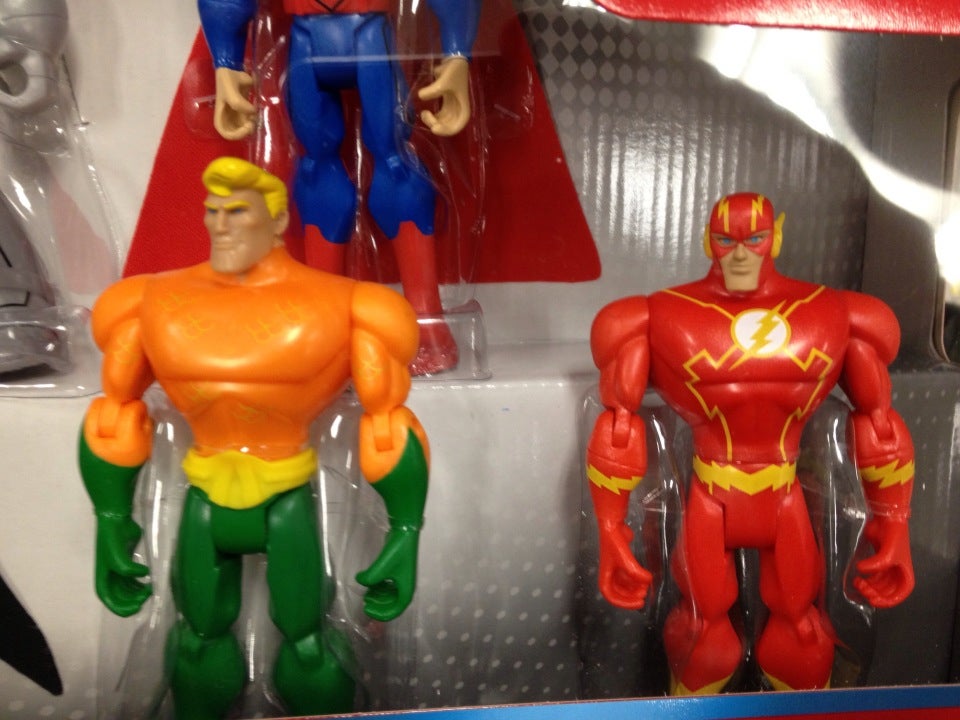 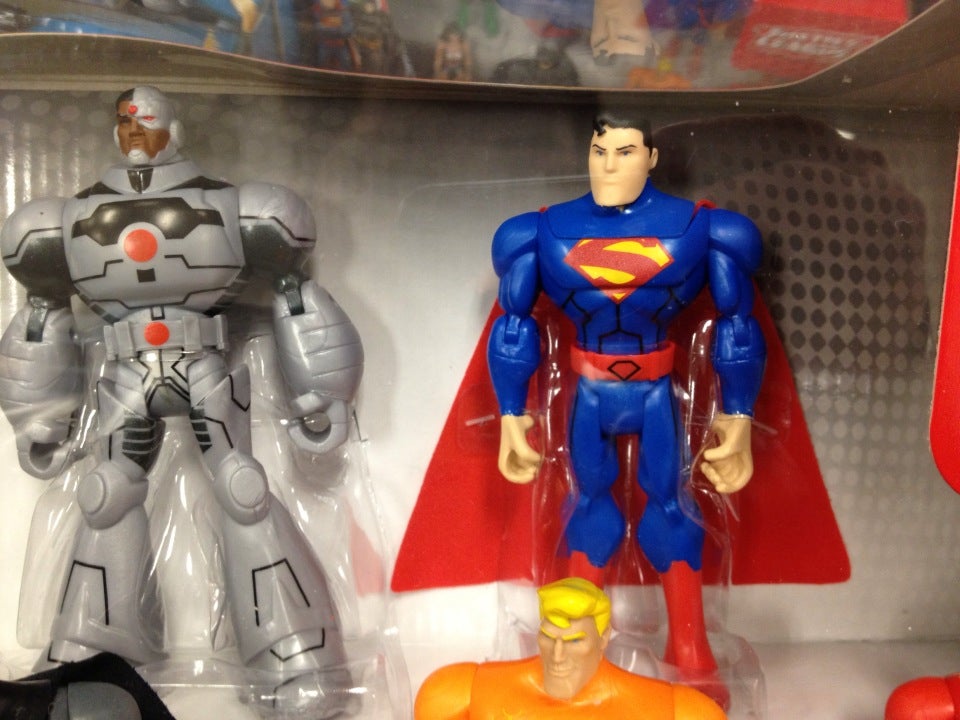