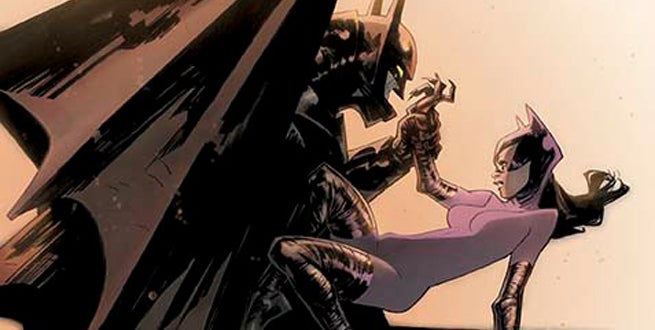 Part of the fun of DC Comics’ Convergence event is seeing unexpected battles, and matchups between characters who have a tangential, though indirect, relationship.

You can find the most shining example of this in Convergence: Catwoman, from Justin Gray and Ron Randall. There, Catwoman from the Zero Hour era comes up against a Batman that is very different from the one she knows: the desperate and vicious version from Kingdom Come.

We talked with Gray about the two-issue story, the intriguing partnership, and what makes this particular Catwoman so interesting to him. 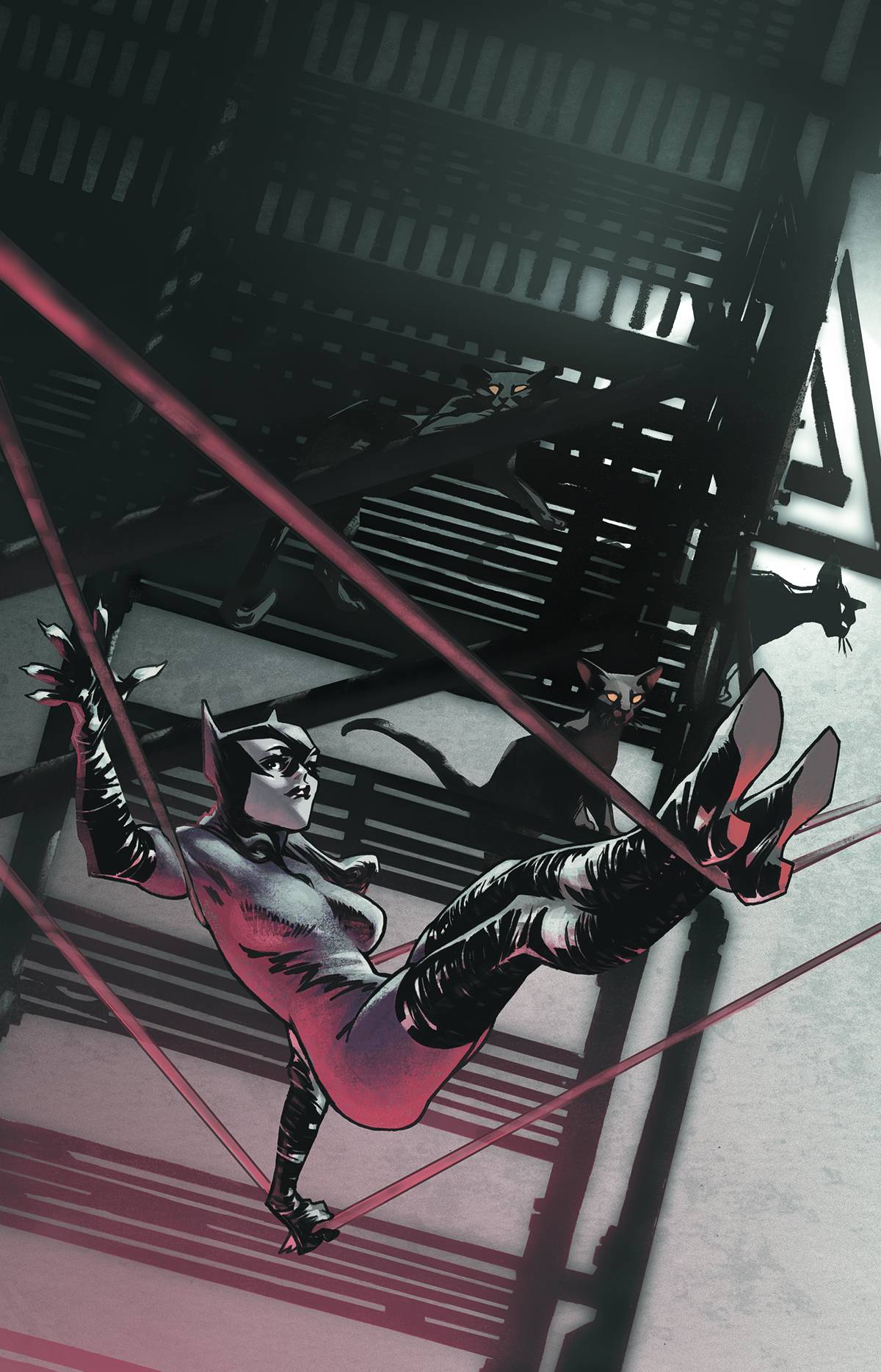 Justin, just taking this at face value, a Zero Hour era Catwoman going up against Kingdom Come Batman seems like a fairly uneven matchup. What makes Selina this version of Selina more than what she seems?

JG: Speaking openly, Marie Javins and I went back and forth on this multiple times because it is a very tricky situation. The thing we kept coming back to was how important it was this remains a Catwoman story despite the apparent mismatch so her motivations and actions keep in line with that sensibility.

While you’re taking characters out of specific eras and timeframes, you also have that “year under the dome” to consider. How much change do the characters experience in that missing year?

JG: My preference wasn’t so much to change them but to see how they might evolve. Catwoman has been taken out of her environment and forced to adapt to life under the dome. I only had two issues to work with, but it was important to show how the world around her has changed and her response to it becomes more organic and smooth. She is the heroine in this story, but still much in line with the 90’s incarnation of a thief with a heart of gold.

This heroic era of Catwoman is an interesting one, and she really hasn’t reverted back to a stone-cold supervillain since then (even as the current queen of Gotham's underworld, she’s trying to get by with as little crime and violence as possible). What makes this version of Selina so enduring that it's lasted multiple decades?

JG: That’s an interesting question for me to answer, because I feel this shift in her character from heroine to anti heroine set the foundation for what Ed Brubaker and Darwyn Cooke did moving forward. I think at the end of the day what people want are complex characters and Catwoman becomes that when you present her as morally ambiguous. You really get a sense of that from the Arkham games as well. 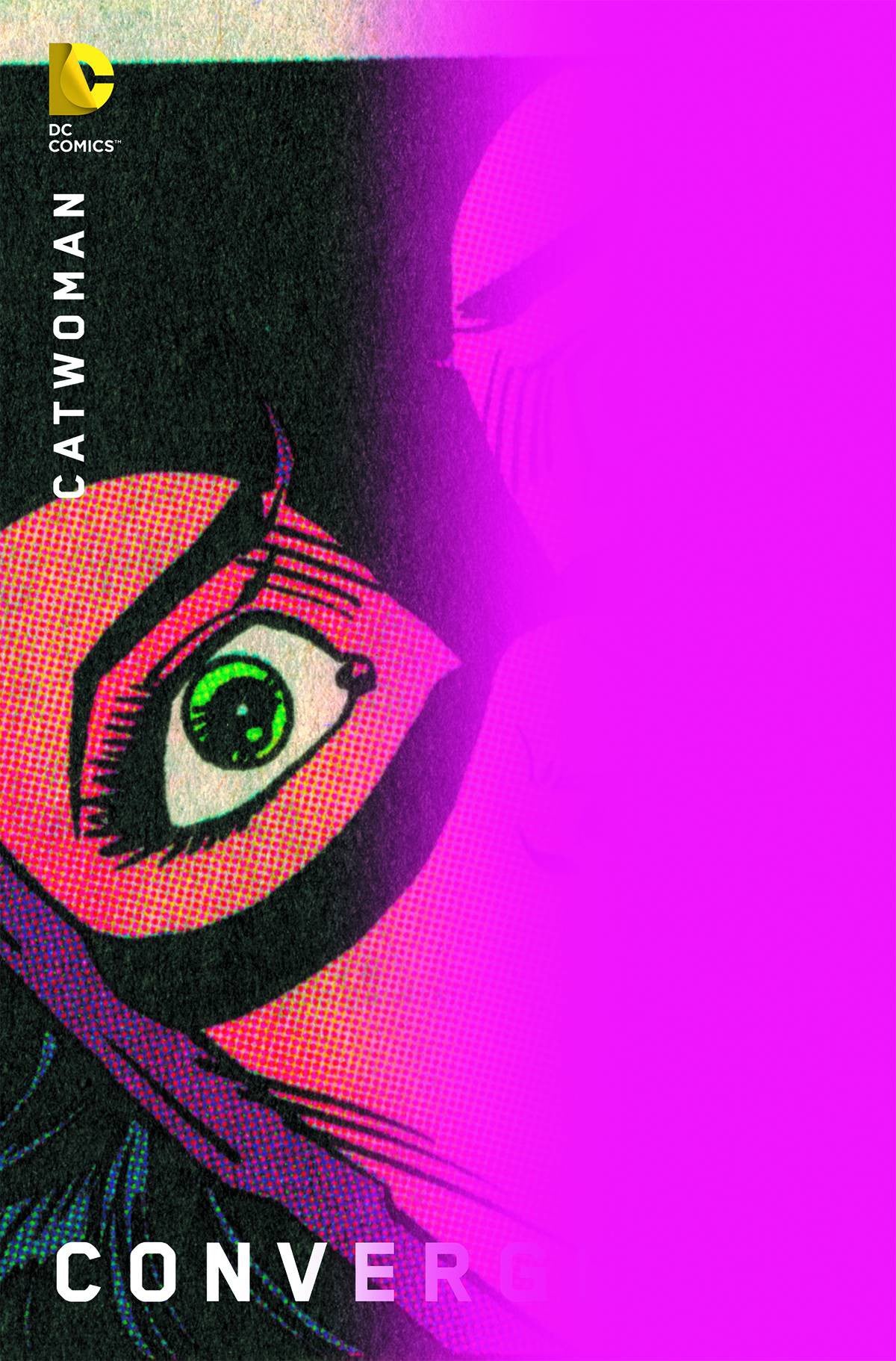 Kingdom Come Batman is, frankly, a pretty scary guy. Broken and defeated, he just keeps going with an insane drive. What’s his motivation in this event? Sure, he has crazy drive and a need to keep others in check, but it seems he’d be hard to simply manipulate into fighting for no reason…

JG: That goes back to what I said earlier about I wanting to be very careful about the story and motivations surrounding their conflict.

Of course, these two characters are close to their dopplegangers in their respective eras/worlds. How does that initial resemblance change how they react and interact to each other?

JG: I wish we had more time to explore that dynamic because I was talking to Frank Tieri and he pointed out that during Kingdom Come Catwoman is very much aligned with Lex and the villains and the relationship between her and Batman isn’t fully explored. That was something that influences his encounter with the star of this book. This is a Convergence book and it falls in line with everything that’s happening with the larger stroy, but it is also very much a Catwoman story that just happens to feature the Jo Duffy and Jim Balent version that hit stands back in August of 1993. There’s a lot of action, adventure and even a tank full of piranha.

Hell in a Cell Predictions and Pressing Questions

Watch: Pat McAfee Cut a Promo After NXT Went Off the Air