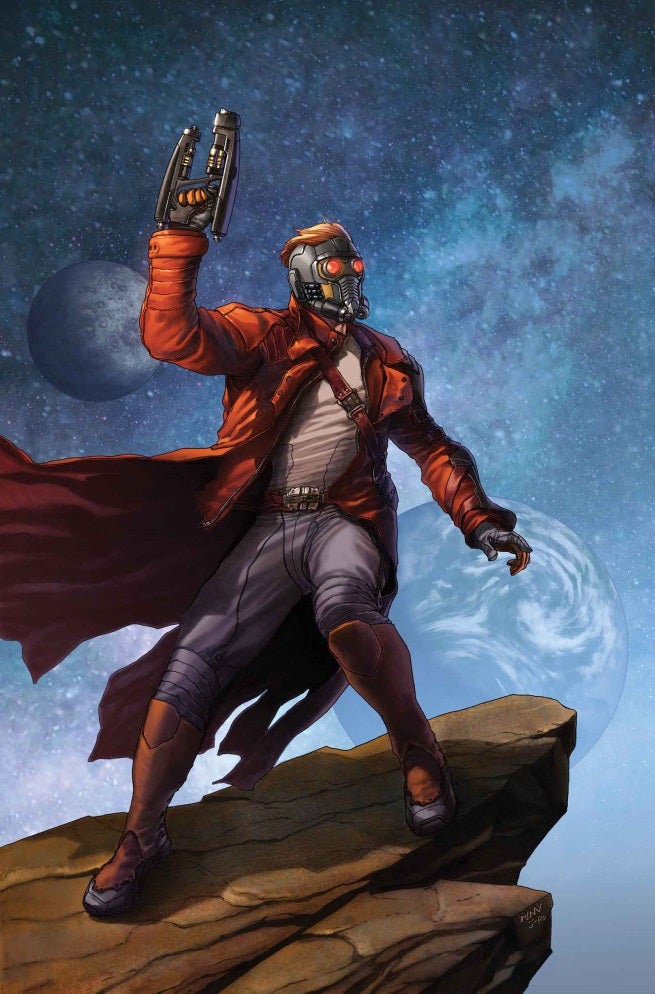 Marvel Comics has released a preview of The Legendary Star-Lord #1, the first issue of Peter Quill's first ever solo ongoing series. The issue is written by Sam Humphries with art from Paco Medina.

The series spins directly out of Guardians of the Galaxy and arrives just before the movie. Star-Lord is striking out on his own to do some interstellar swindling and swashbuckling. Star-Lord will battle the Badoon, save an orphanage, and flirt with the X-Men's Kitty pryde, all in the first issue.

"This book is going to be Peter's adventures untethered from the Guardians, where he gets to play a little more fast and loose in the cosmic playground," says series writer Sam Humphries. "He likes to fight. He likes to flirt. He flies by the seat of his pants. This book is almost more like a Space Western. It's about heists and cons, bounty hunters, revenge and all that good stuff."

"These are the high flying adventures of a space cowboy," Humphries continues.

The Legendary Star-Lord #1 goes on sale this July. 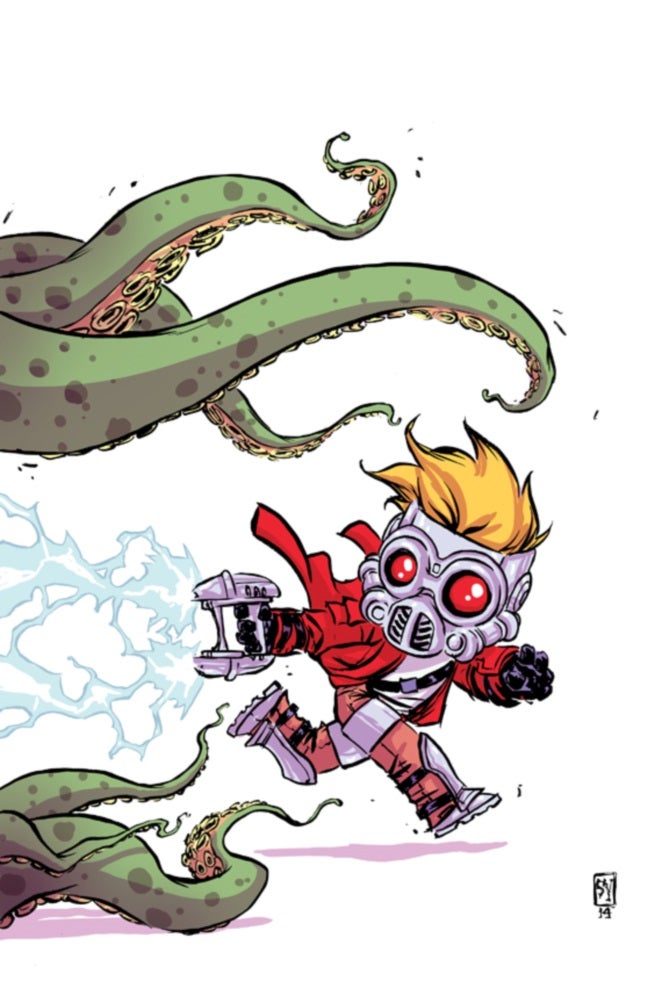 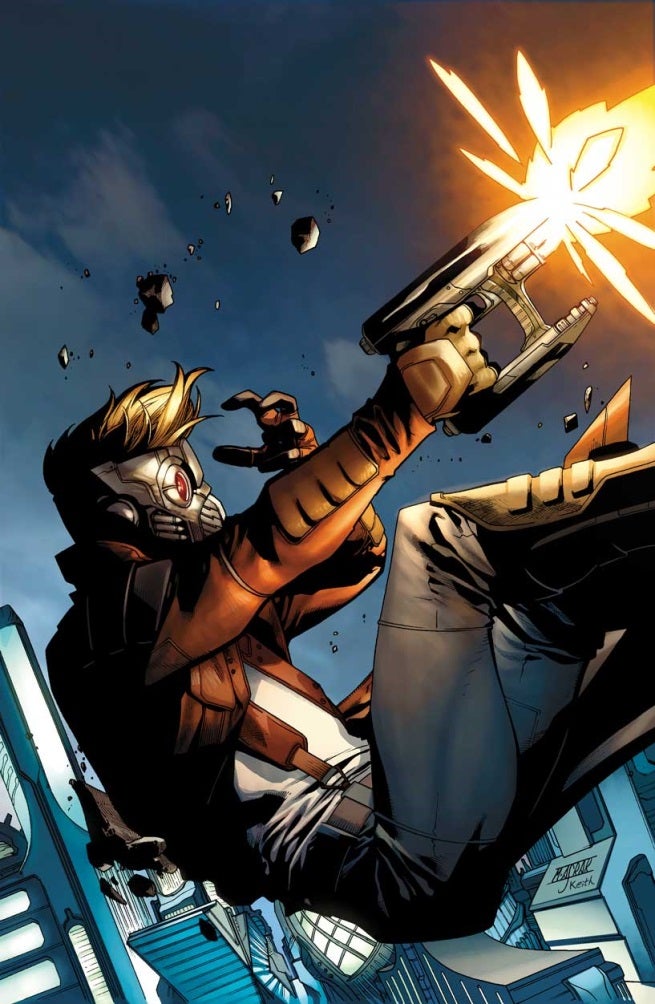 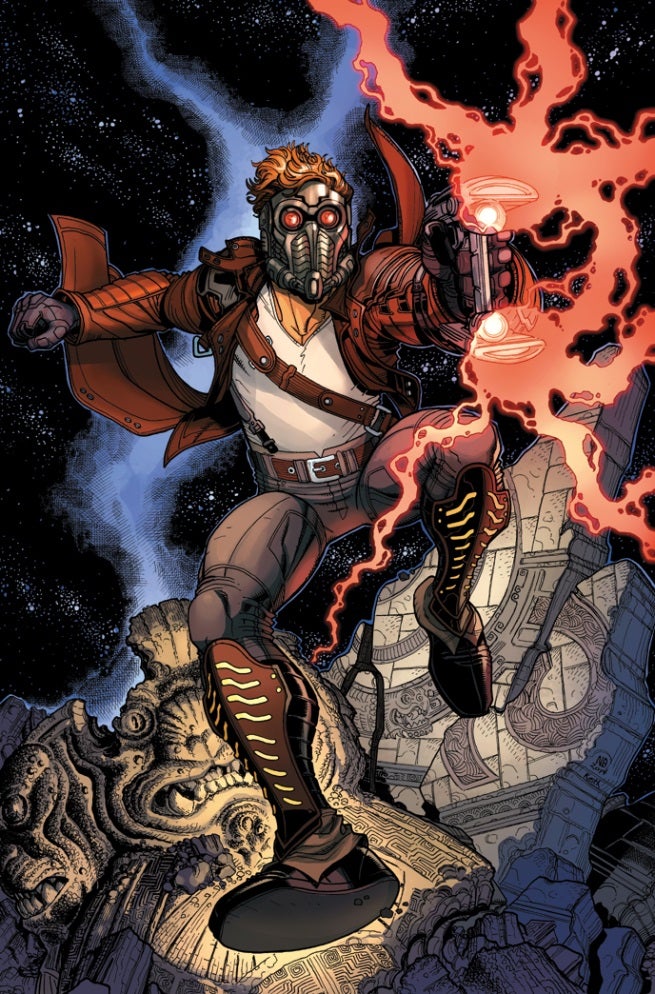 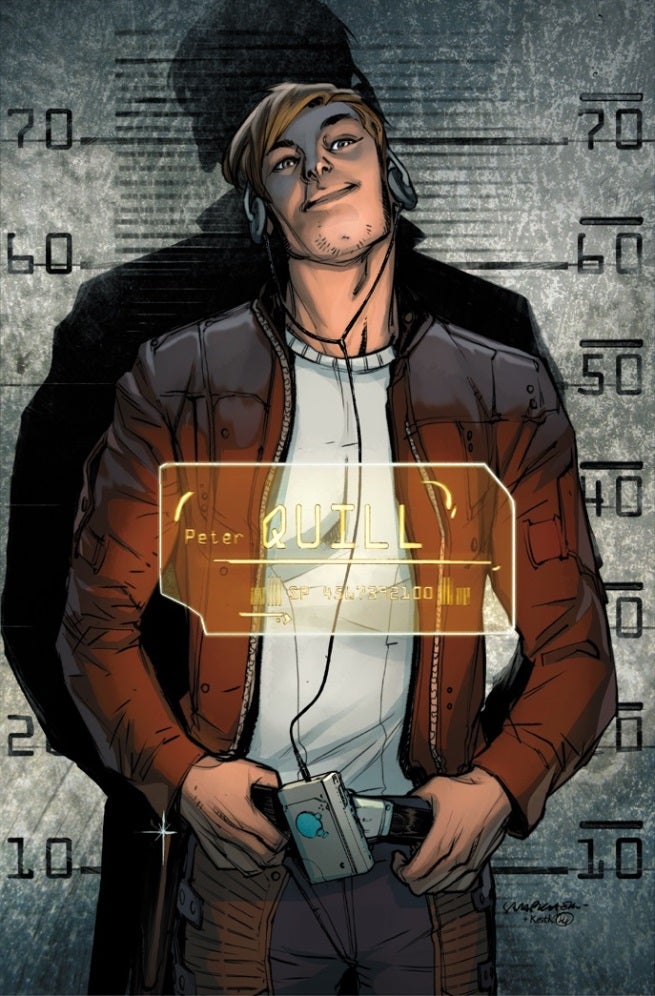 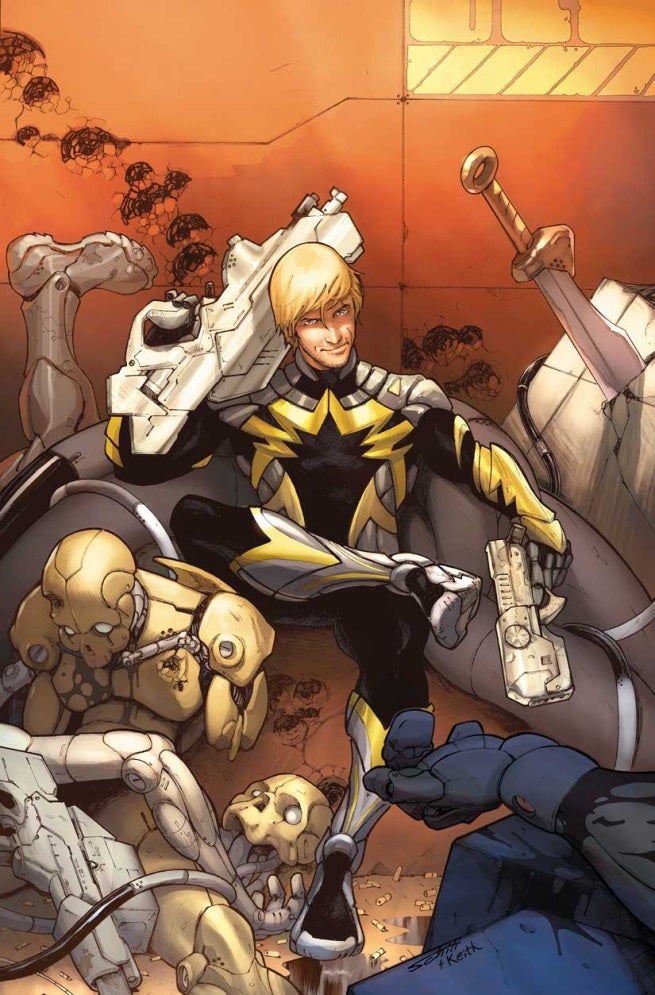 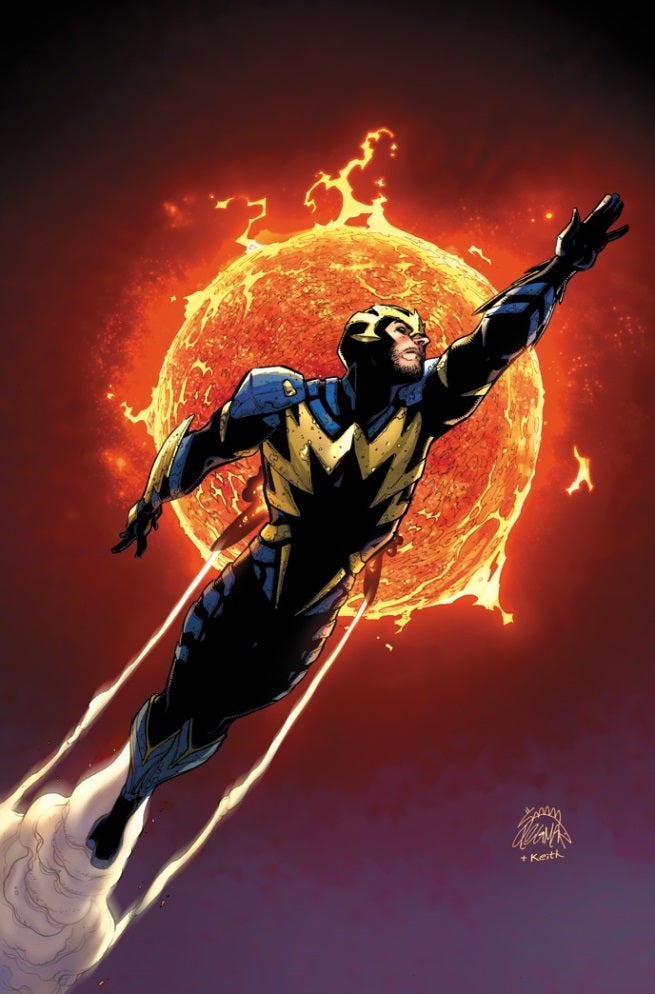 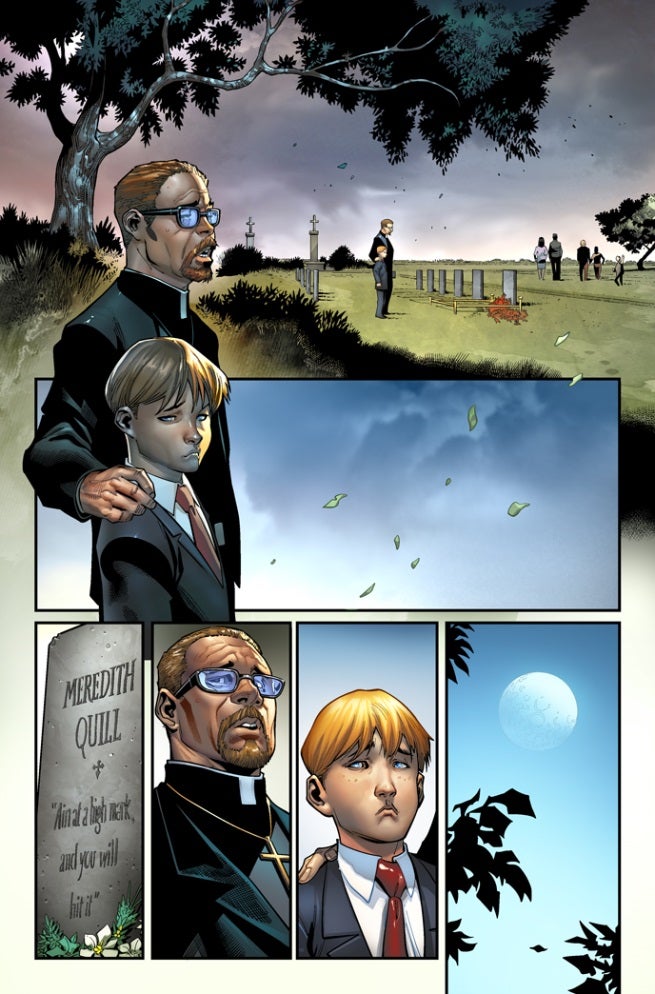 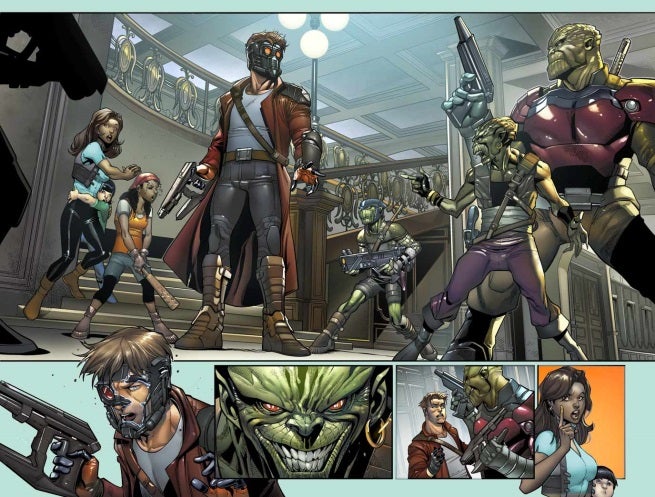 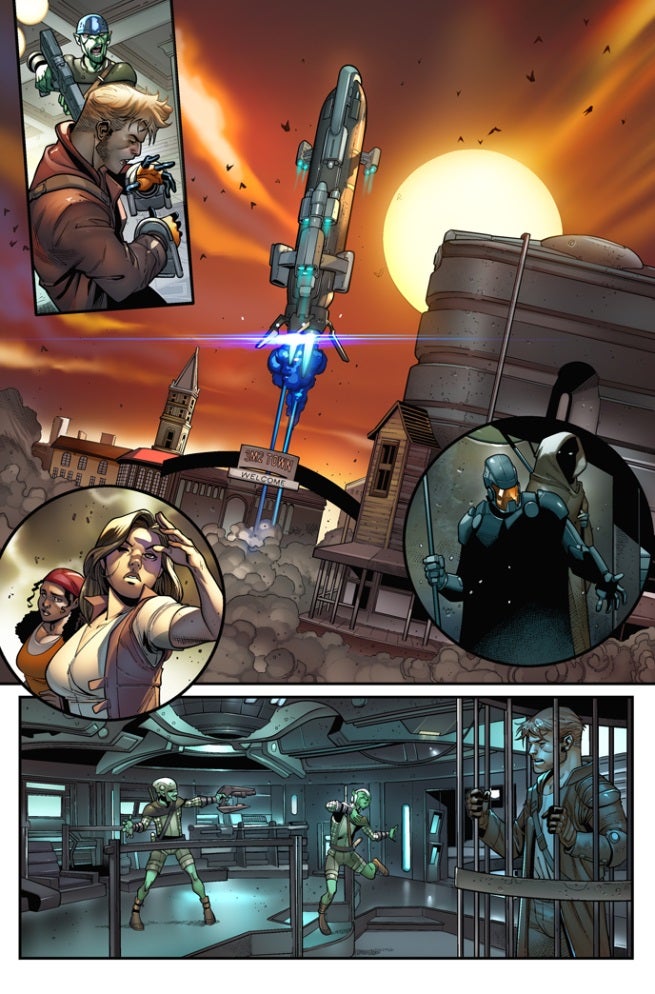