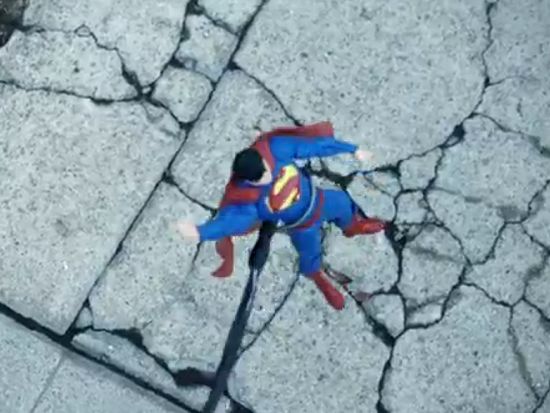 It's a special honor reserved for only the very best movie trailers, and Man of Steel has now joined the club. Just like The Dark Knight Rises and The Avengers, the Man of Steel trailer has been sweded.

What's sweded? It's a shot-for-shot recreation of a movie trailer using a limited budget and a camcorder. The Man of Steel trailer sweded version was done by DustFilmOriginals. Perhaps, the funniest scenes are the reminders that the movie is from Zack Snyder the director of Sucker Punch and producer Christopher Nolan the director of Doodle Bug.

Man of Steel is scheduled to open in movie theaters in the United States on June 14, 2013.

Man Of Steel Trailer Gets Sweded