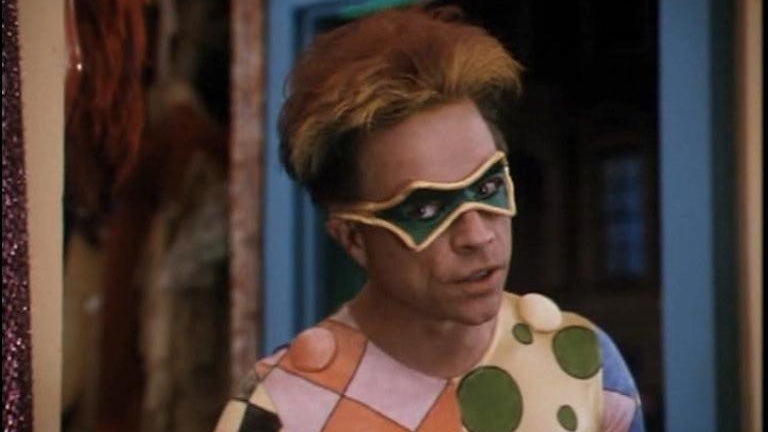 Mark Hamill is set to star as the supervillain Trickster on The Flash this spring, a role that he is reprising from the '90s Flash series that ran on CBS. But when Hamill returns to the world of the Scarlet Speedster, he won’t be the same prank-pulling rogue that old TV audiences may remember him as.

The CW described Hamill's new Trickster as “an anarchist terrorist con man serving a life sentence in Iron Heights.” In the episode, Hamill’s darker Trickster will help The Flash stop a new, imitation Trickster who is aping his style of chaos.

But Hamill assured fans that they have nothing to worry about with his new Trickster, saying that fans will enjoy the unexpected twists on the character.

“When they asked me to be a part of it, the last thing I was thinking was that I would be returning to that specific role, but I think you’re going to be really pleased with what they’ve come up with,” Hamill told IGN. “It was totally unexpected.”

Hamill, who will also reprise his Luke Skywalker character in next year’s Star Wars: The Force Awakens, also said that he has enjoyed the recent spat of role reunions.

“It’s like putting on an old pair of pants in the back of the closet and finding out there’s a 20 dollar bill in the pocket. It’s like ‘Oh, wow! I forgot all about this!’” Hamill said. “And it’s more enjoyable because it’s so unexpected.”

The Flash returns to the CW in January 2015.