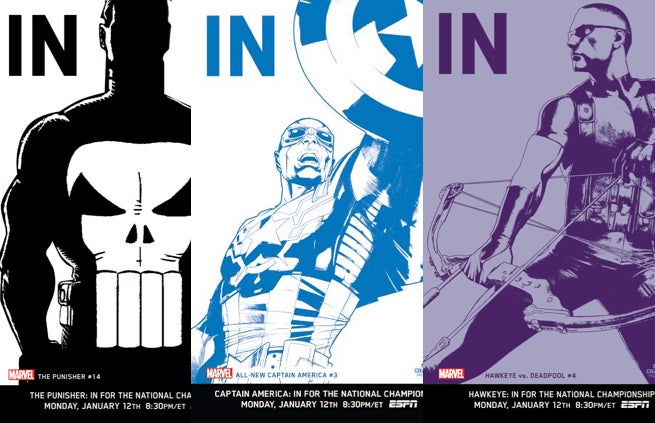 Spider-Man, The Punisher and Captain America want “in” on next month’s College Football Playoffs.

In celebration of January’s College Football Playoff on ESPN, Marvel Comics have announced a special “campaign” series of comic book covers featuring their iconic superheroes jockeying for a spot in January's playoffs lineup.

Marvel, home of superhero franchises like The Avengers, The Guardians of the Galaxy, and more, will release eight different covers that show a superhero “campaigning” for a spot in next month’s College Football Playoff. College teams are chosen for the playoff by a twelve-person selection committee. Getting in on the campaigning spirit currently sweeping across college campuses, Marvel thought it would be fun to join in on the excitement with these special covers.

“Excitement couldn’t be higher for the first ever College Football Playoff,” Marvel Editor-in-Chief Axel Alonso said in a statement. “As a salute to our sister company ESPN, we wanted to tap into all the excitement and fervor surrounding this monumental sporting event. With so much discussion and debate around swirling around, some of Marvel’s greatest super heroes wanted to get IN on the action”

Comic book readers and sports fans alike can find the special campaign images on All-New Captain America #3, Amazing Spider-Man #12, Ant-Man #1, Avengers #40, Hawkeye vs. Deadpool #4, Hulk #10, Legendary Star-Lord #7, and The Punisher #14. They will be available in comic book specialty shops across the country on January 7th, 2015.

You can see half of the covers below, which include All-New Captain America #3, The Punisher #14, Hawkeye vs. Deadpool #4, and Ant-Man #1. 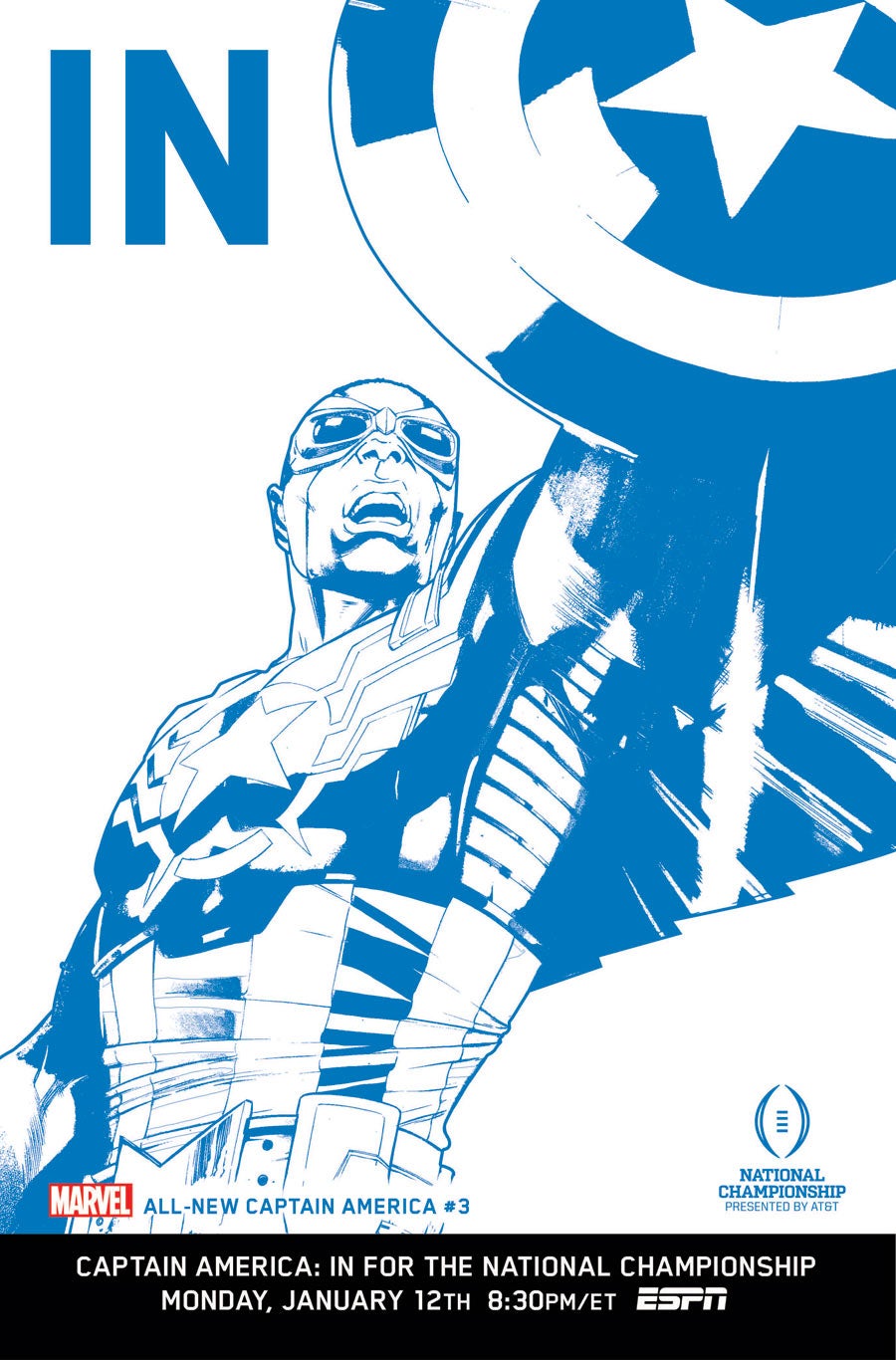 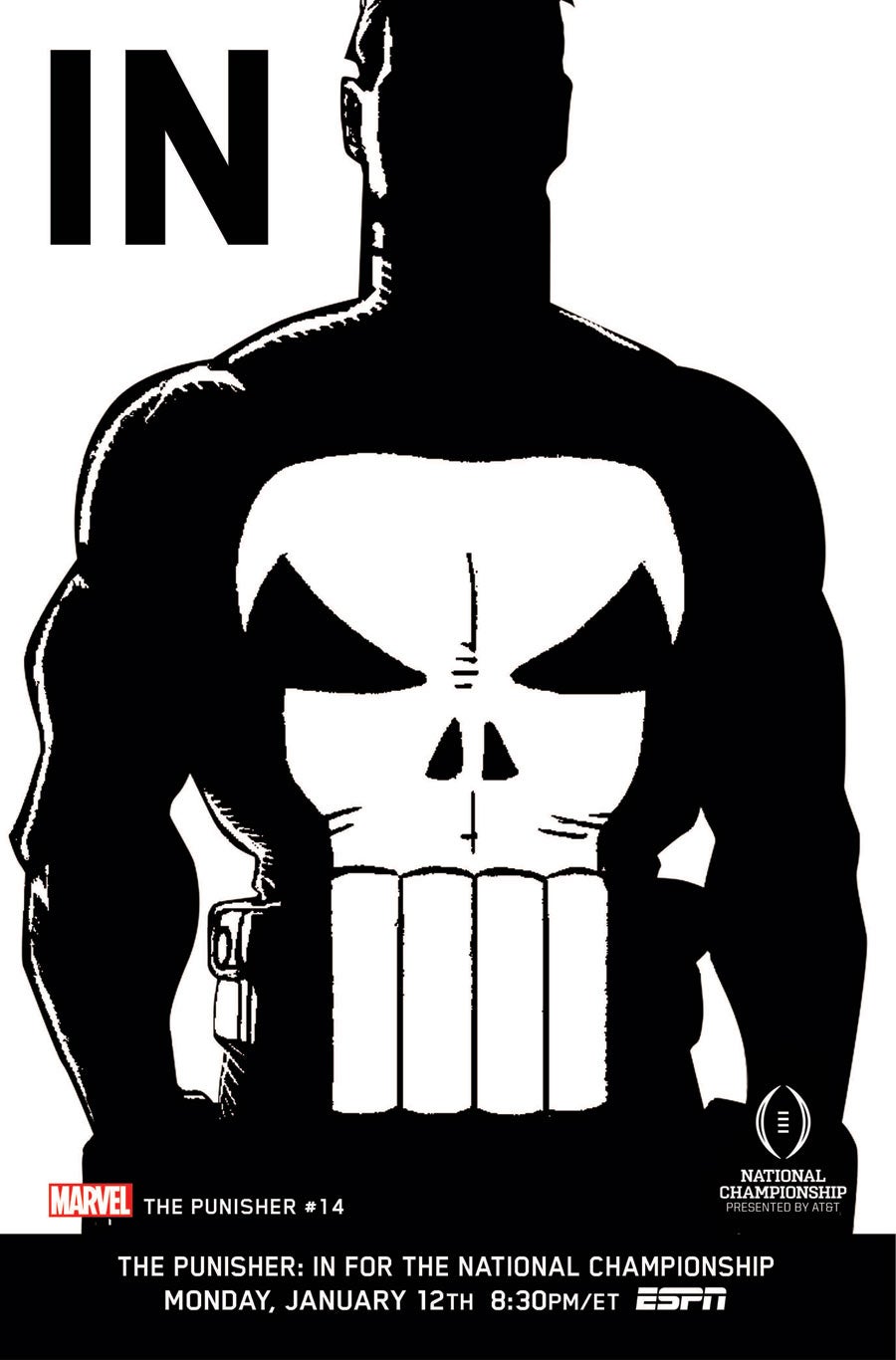 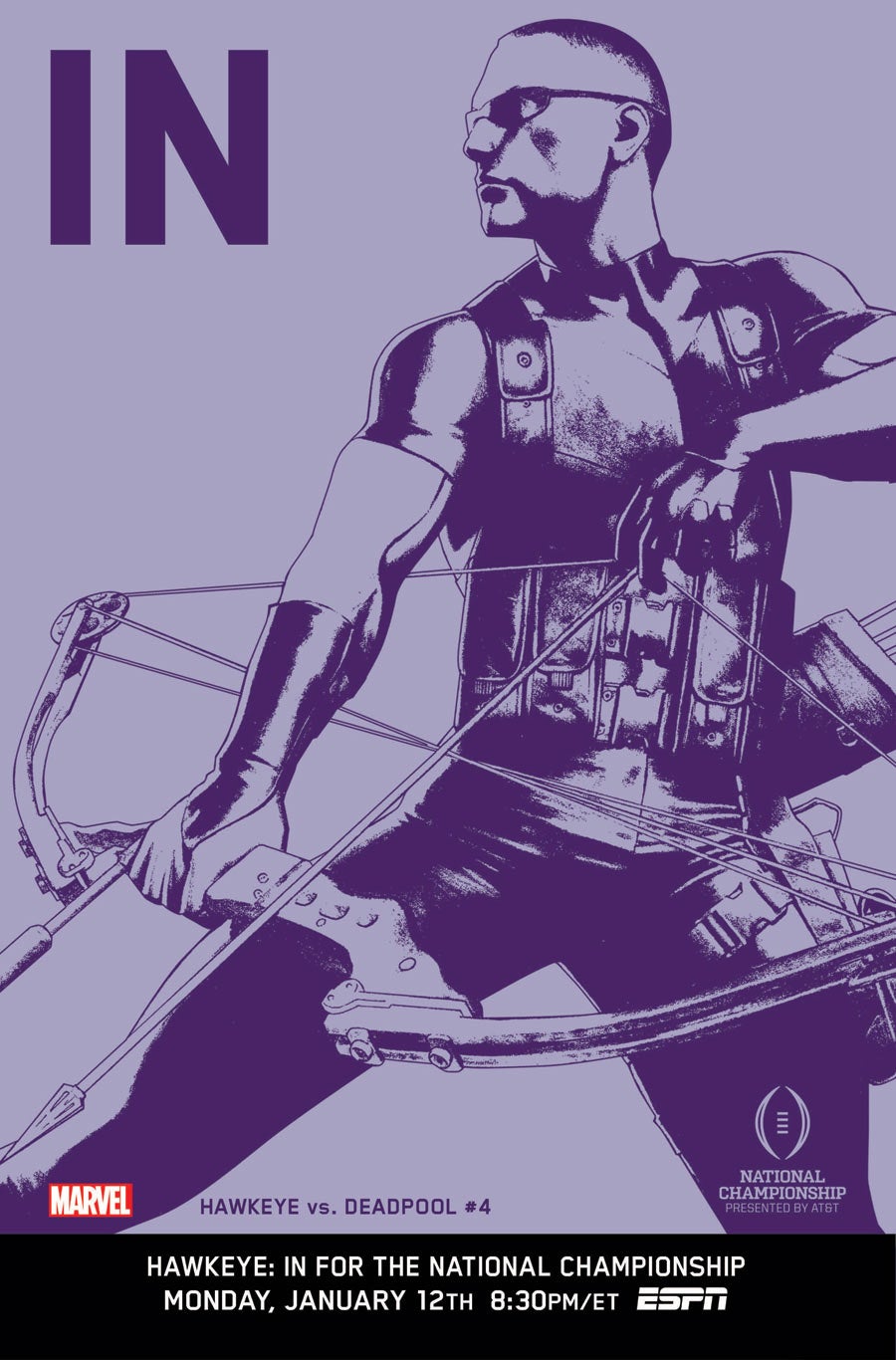 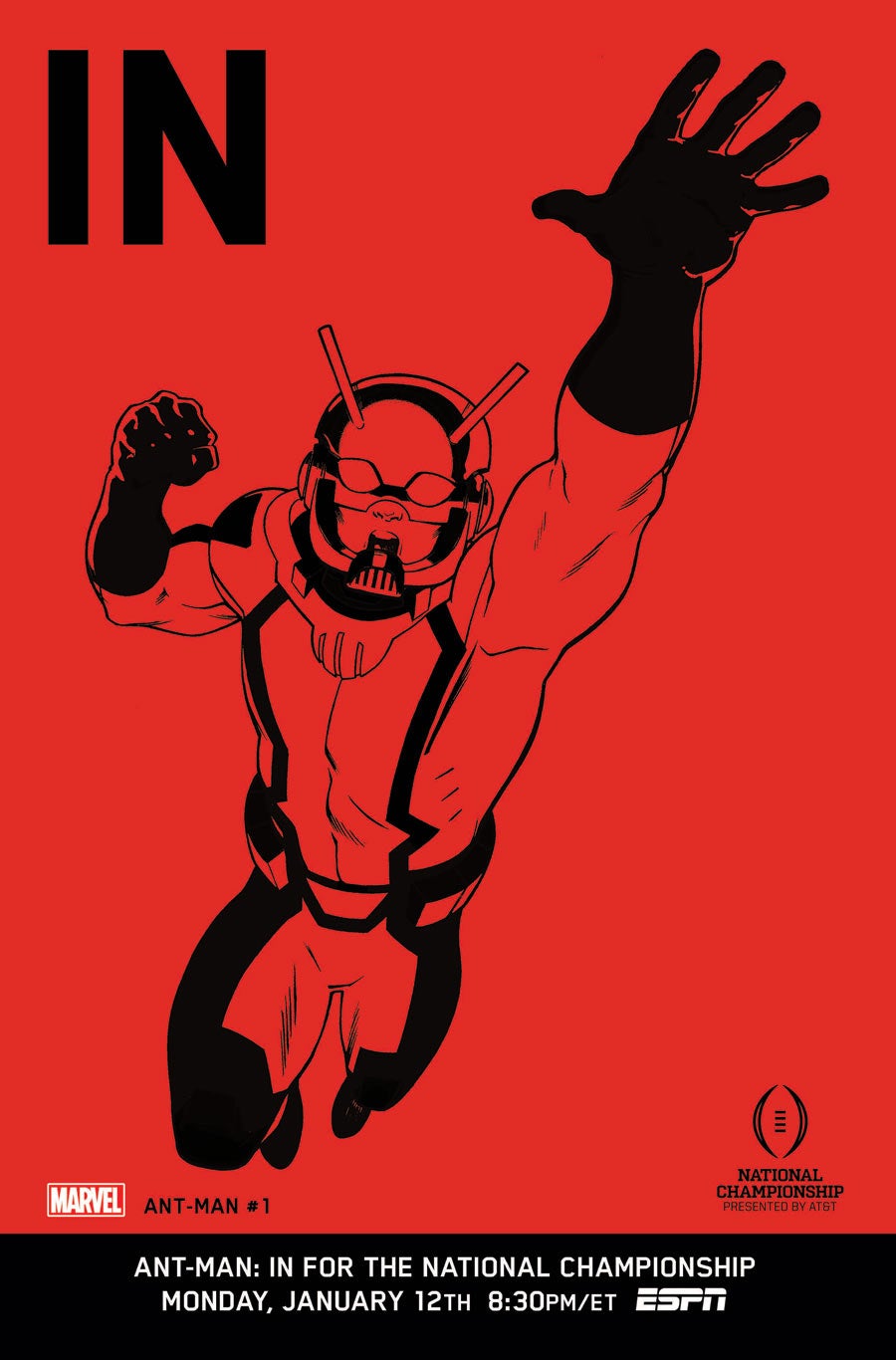 As long as The Hulk drafted is a linebacker, it’s safe to say that Marvel Comics could get a spot in the Playoffs.

The Legend of Zelda: Breath of the Wild Getting New Statue