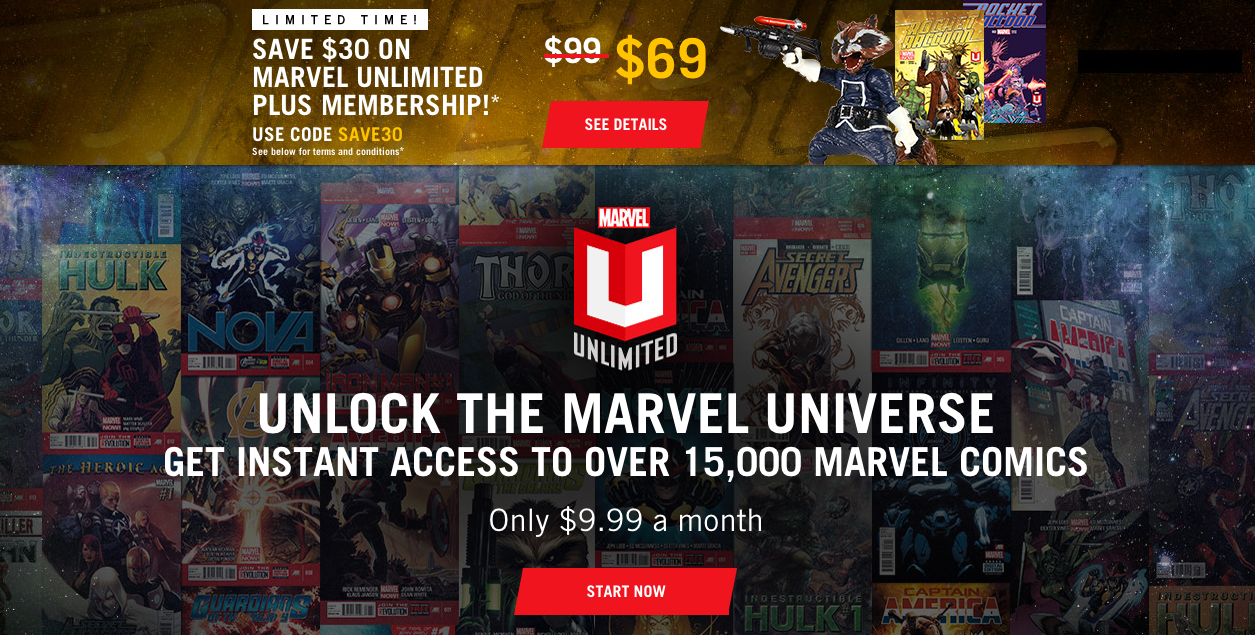 If New York Comic Con has gotten you in the reading mood, then now is the time to hop on board Marvel's Unlimited Plus program. From now through October 16th, Marvel is offering a 2015 membership to their premium subscription service for only $69.00. The normal price is usually $100.

Of course, these promotions come on top of access to over 15,000 Marvel Digital Comics. Marvel has actually done a decent job of filling their Unlimited line with more recent titles, including All-New Marvel Now! titles, "Age of Ultron," and complete runs from Marvel Now!. The most recent comics hit the digital library about six months after they debut in comic shops. With the Marvel Unlimited App, readers can download and read up to 12 comics while they're offline. 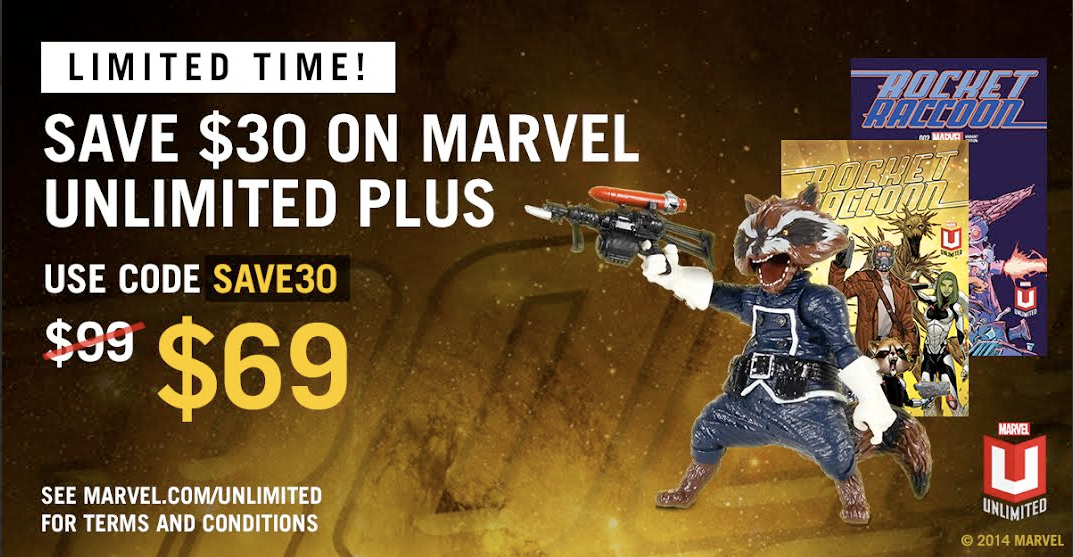 This is actually a pretty good deal for those who don't get into the comic shop very often, or consider themselves trade-waiters. And after Guardians of the Galaxy's popculture blitzkrieg this year, everyone knows Rocket's presence would make their desks infinitely cooler.