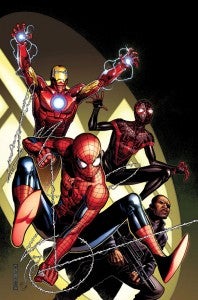 Marvel Comics has released a preview of Spider-Men #5, on sale September 19 from the creative team of writer Brian Michael Bendis and artist Sara Pichelli.

It's the fifth issue of a story that many fans have joked they were "promised" would never happen by Marvel's Joe Quesada, but back when ComicBook.com talked to Bendis in June, he pointed out that this series is actually something very different from what Quesada had been talking about.

"It was—Peter meeting Peter was what he was referring to and I agreed with him that there wasn’t much of a story there. Certainly you could have shoved a story in of two Spider-Mans but the core of it would be, 'Hey, look, you’re vaguely younger than me! And hey, you’re dating someone who looks a lot like my girlfriend but vaguely younger.' And then, what?

"There wasn’t any emotional punch, but here you can see, even in the first issue, just a hint of the emotionality of Peter coming to visit a world where he has died being Spider-Man. Really getting to see the emotional impact that generates throughout the city and more importantly to his direct friends and family. And then get to see this kid living up to a legacy that he’d started, even though he wasn’t aware that he was creating this legacy. So all of these things was the reason to do this crossover and what Joe was referring to was—what I’m referring to could not happen with “Peter meets Peter.” Certainly not where the stories were at the time. Certainly not in the first two years of Ultimates."

So what do they get here that you couldn't have had in those early days? A guest appearance by Ultimate Comics Iron Man and Nick Fury, bringing fans a cover that's very reminiscent of what might happen if Spider-Man were to be included in the Avengers movies.

Marvel is proud to present your first look at Spider-Men #5! Peter Parker, Miles Morales and the Ultimates team up to take on Mysterio, but even if they can take him down, how will Peter get back home? And what will he and Miles do with the knowledge that they’re not alone in the universe. And most important of all – will Peter Parker give Miles Morales his blessing to carry the mantle of Spider-Man? The chart-topping creative team of writer Brian Bendis and artist Sara Pichelli pull out all the stops in Spider-Men #5, web-slinging into comic shops everywhere, the Marvel Comics app, and Marvel Digital Comic Shop this September. 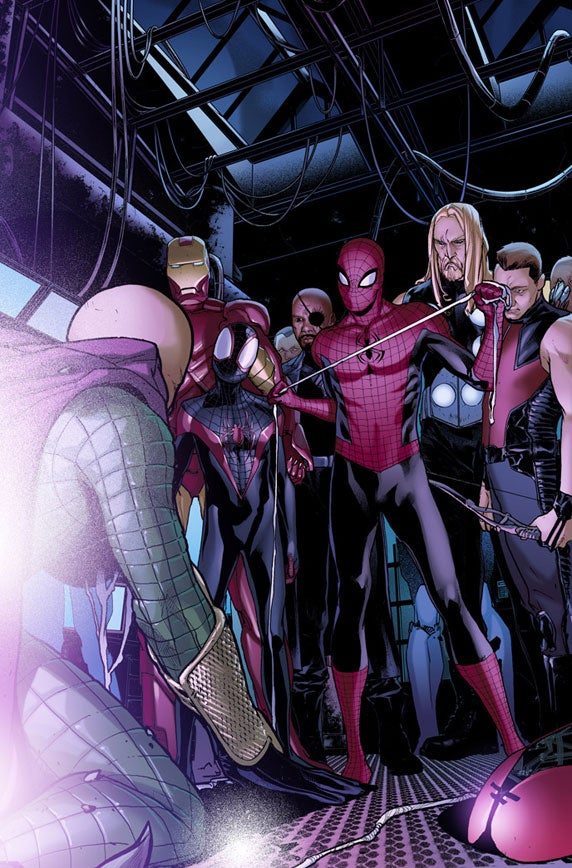 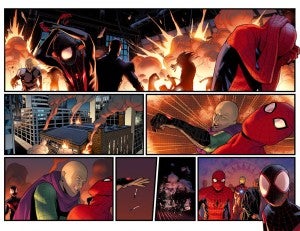 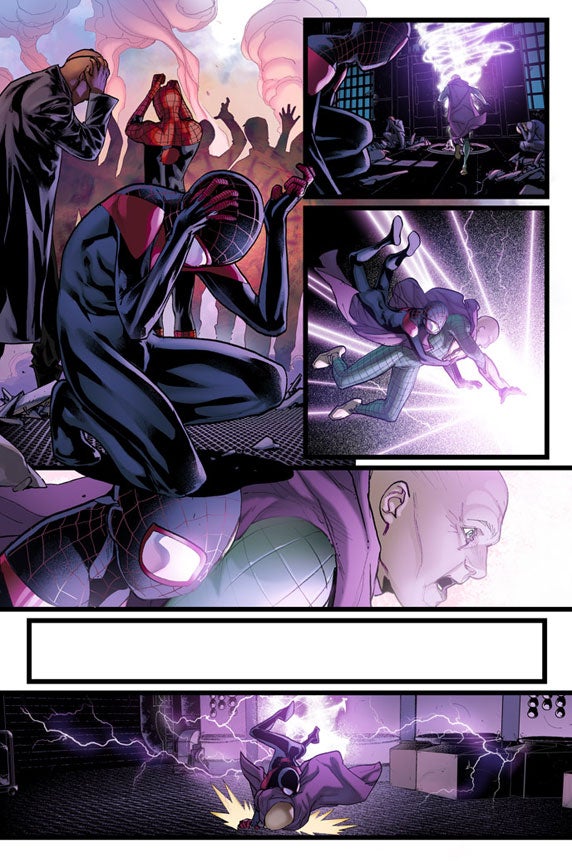 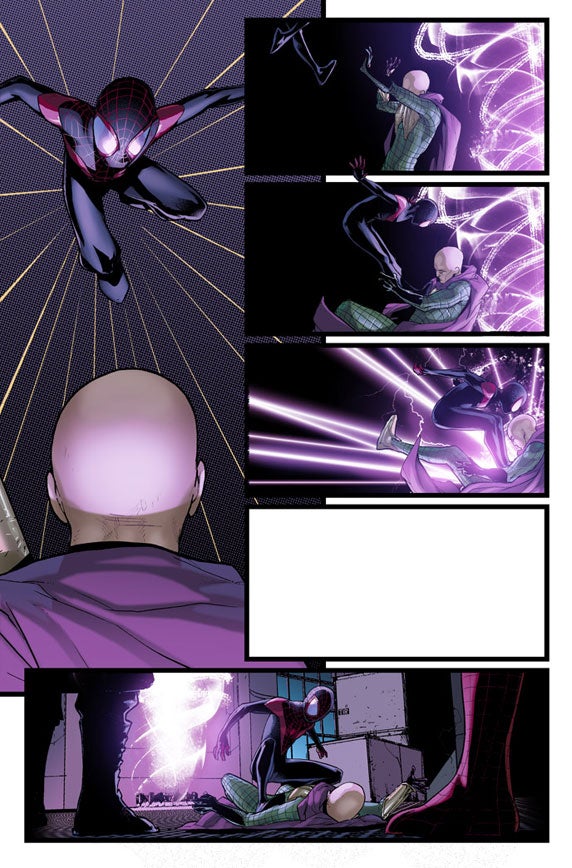