Marvel has made a four-page preview of Ultimate Comics X-Men #4 available. Coming on December 7 from the creative team of Nick Spencer (The Infinite Vacation) and Paco Medina, the issue will feature tension and conflict rising up within the ranks of the X-Men as they fear there may be a traitor among them. Click on the pages below for larger images. Ultimate Comics X-Men #4 is the final issue of the series before the recently-announced move to include free digital download codes with all of Marvel's Ultimate Universe titles.

Stryker’s rampage against all of mutantkind escalates in your first look at Ultimate Comics X-Men #4 from the creative team of Nick Spencer and Paco Medina! With the number of mutants still on the run dwindling down, the new X-Men must act quickly if there is any hope of survival. Except when tensions rise amongst the group – a traitor may be in their midst. Can Stryker be stopped and can the X-Men hold it together in time to save their race? Find out inUltimate Comics X-Men #4! 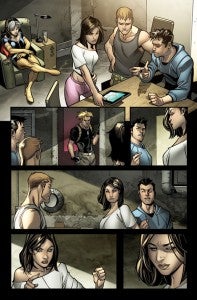 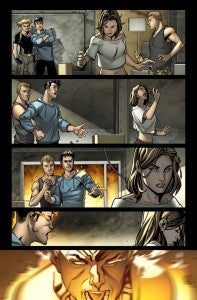 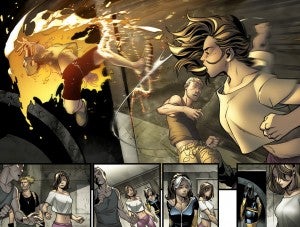