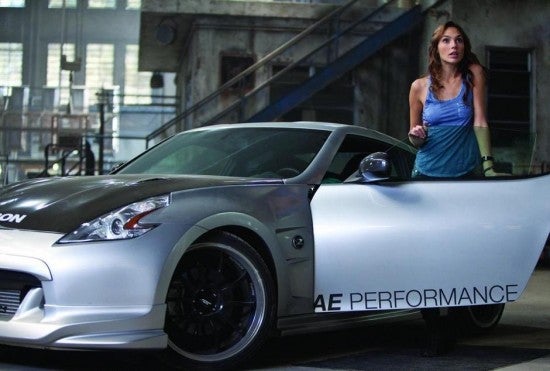 "Who the heck is Gal Gadot?"

Yeah, we got that in more than a few tweets and Facebook messages over the last couple of hours since the news broke that the Fast & Furious 6 actress had been cast as Diana Prince, better known as Wonder Woman, in the forthcoming Batman vs. Superman film.

While Henry Cavill was already something of an established personality in the world of genre entertainment when he took on the role of Superman, it didn't really matter: the relative anonymity he enjoyed among people who hadn't seen The Tudors was actually considered a big plus for him in many ways, drawing comparisons to Christopher Reeve and Tom Welling, who weren't recognizable stars before taking on the role of Clark Kent.

Ben Affleck, of course, was a two-time Academy Award winner with a lifetime domestic box office take of over $1.5 billion and one of the most recognizable faces in Hollywood. A different approach, sure, but all of the big-screen Batman actors since 1989 have been known in their own right before taking on the role of the Dark Knight--even if not all of them were George Clooney (thankfully).

It wasn't quite clear what direction Warner Bros. were going to go with Wonder Woman; it seemed that a recognizable name and face might help sell the movie, especially in a marketplace where studios seem gunshy of opening an expensive, blockbuster movie that revolves around a female lead. Some fans, though, maintained that just like a male superhero, it might benefit the character to be handed off to an actress who didn't have a lot of baggage so that she could fully inhabit the character without the constant distraction of "Oh, that's the woman from [insert movie here]."

And, of course, there were some people who just had their minds made up. One reader on our Facebook page responded to each new casting rumor by suggesting that the studio should pick Alexandra Daddario of Percy Jackson fame. Others decided long ago that in order for Wonder Woman to be "bad ass" enough, they needed somebody like MMA fighter Gina Carano, who briefly took on the role of media favorite for the role when she started publicly dating Man of Steel star Cavill.

So, now that we have a Wonder Woman--someone who nicely walks that line, having starred in a massive global blockbuster but not in a part that necessarily made her a household name--what should you know about her going in? Here's what stuck out to us: 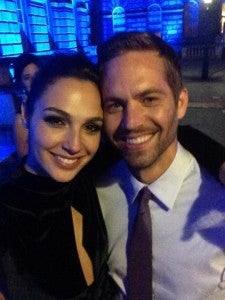 Don't expect her to say much.

Just like it took a while for Ben Affleck to say anything about his casting--and it really was this week before he came out with anything particularly in-depth--don't expect Gadot to be lighting up social media and doing to talk show circuit just yet.

"Had to share this with the best fans ever," Gadot wrote to Facebook along with a screenshot of the Variety clipping announcing her casting. "Can't express how happy and excited to be part of this."

But that's all she wrote and that makes a bit of sense.

For starters, remember that Gadot starred in Fast & Furious 6 alongside the recently-deceased Paul Walker (and, in fact, every film in that series since 2009).

Here's what she had to say about it on Facebook this weekend:

Lost a dear friend today. So sudden and tragic .. Hard to believe.. Paul was a great man with a big heart and passion for life. I'm so sad he's no longer with us. Can't believe I'm actually writing this.. I'm sending my condolences to his family and his precious daughter Meadow . Rest in peace brother. We will miss you here..

Gadot has gained thousands of Twitter followers in the last hour or so, but has stayed pretty quiet. Why? Well, there's simply no good way to transition from yesterday's heartfelt comments about losing her friend and co-star and the joy of "Holy cow, I just got the best job ever."

Better to lay low for a few weeks like Affleck did when the Internet melted for his casting.

Gadot once guest-starred on Entourage, the HBO series in which one of the main characters stars as the title character in the Warner Bros. Aquaman movie.

That's not a connection to be taken lightly, since it seems likely the Entourage movie, coming soon, will play up the DC Comics connections in its viral marketing campaign.

Could Gadot's casting prove that the lid on this movie is less than watertight? It sure seems like it, since she was rumored for the role as early as early November.

Reports around that time put the most likely candidates for the part as Gadot, Olga Kurylenko and Elodie Yung, all of whom fit the same general physical description of "tall, athletic and exotic." More on that exotic thing below.

So...if this rumor was right, the press and fans will no doubt ask, what others could be? Nightwing? Doomsday? The Flash? Something else we're not thinking of? 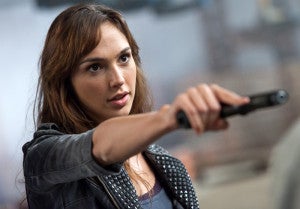 Don't let her size fool you

One of the things many fans thought was compelling about the idea of Jaimie Alexander or Gina Carano taking the role was that they both have a proven history of kicking ass onscreen (and, in Carano's case, off). The fact that ultimately Warners went with somebody who looks pretty skinny will likely raise some fan hackles, but try to breathe.

It's not like Henry Cavill looked this buff four years ago, either; if "pick the best actor for the job and then train him to have the body you want" works for the guys, it ought to work for female superheroes,too. It's just that simple.

Plus, we've seen her in the Fast and Furious movies prove that she can be convincingly intimidating even at her current size.

First of all, being from anywhere but the U.S., and having a bit of color in her cheeks, may make it easier to sell the Greek mythology elements of Wonder Woman's character. Most anybody who isn't snow white in Hollywood will eventually play an "exotic" character, particularly if the actor in question is female, so that's one box checked.

It's also worth noting that Man of Steel director Zack Snyder included an Israeli-born actress in the first movie: Ayelet Zurer, who played Superman's mother Lara. That move drew some attention in the Jewish press both in the U.S. and abroad, particularly given Superman's roots as a hero created by two struggling Jewish youths and often described as a modern-day reinterpretation of The Golem.

And you know what they say--anytime you can get that extra little bit of good press...