It's still more than three months before Marvel's upcoming ten-issue miniseries Age of Ultron, the publisher, writer Brian Michael Bendis and artist Bryan Hitch are apparently pretty keen to make sure the fans have plenty to go on when they start demanding it from their retailers.

As such, Newsarama has a new cover and three new pages of art from the upcoming event, which apparently will see Ultron and his minions standing off against the Hulk family of characters--She-Hulk is pretty worse for the wear on the cover and inside, we see Hulk himself (or maybe Red Hulk; it's hard to tell in an unlettered, black-and-white preview) taking a pounding as well. 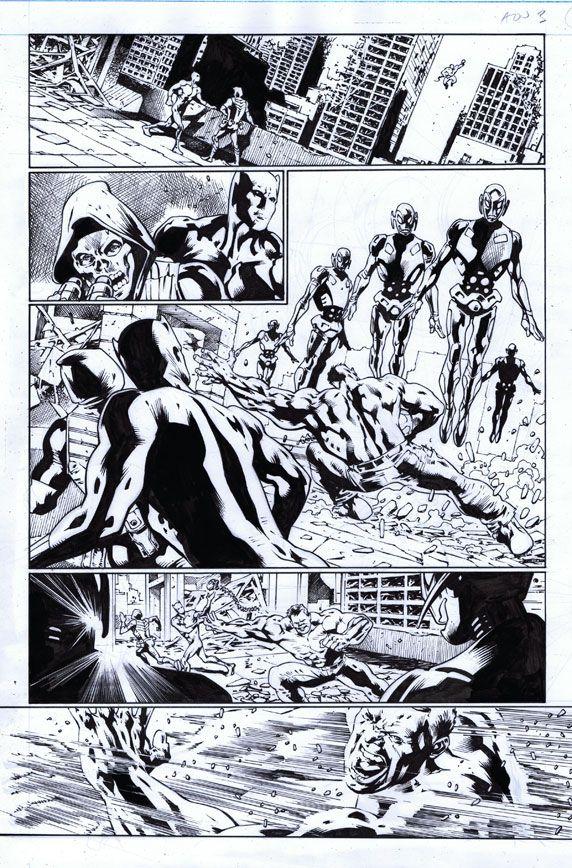 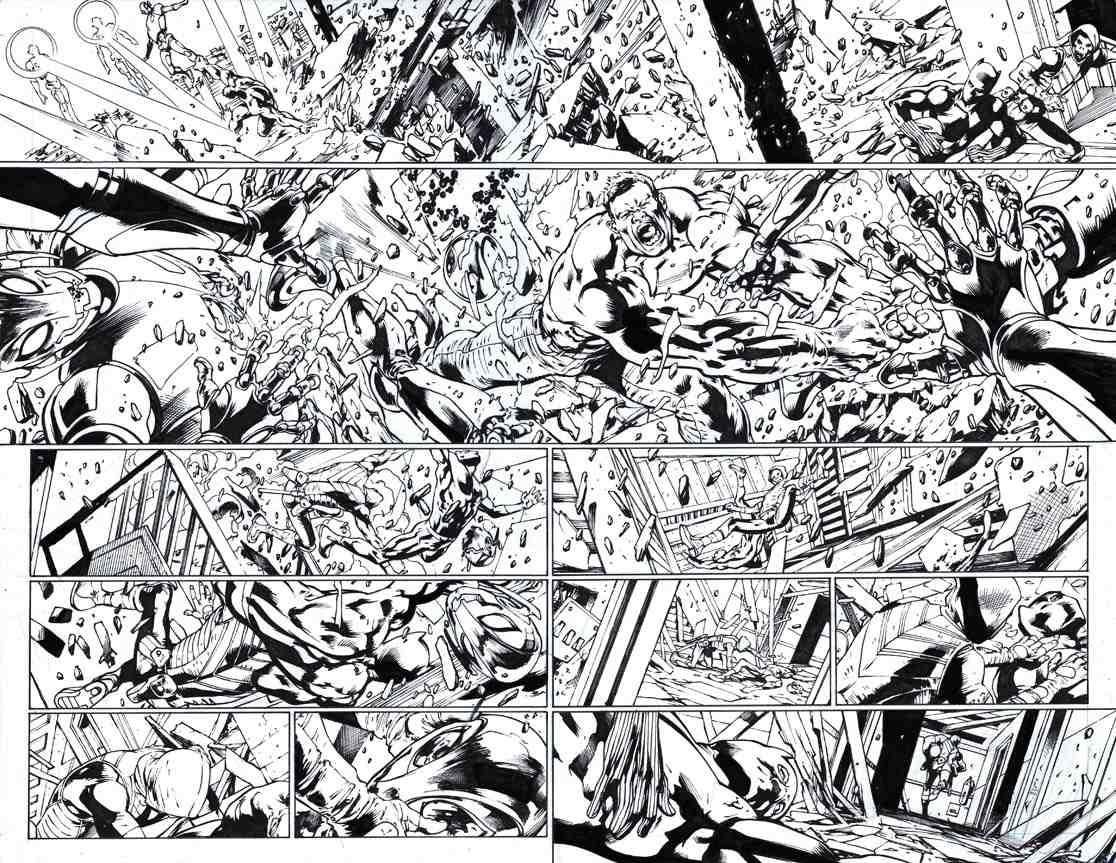