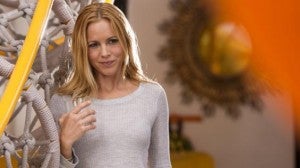 NBC announced earlier today that they put a new drama into development by Alexandra Cunningham, the writer behind the recent American remake of Prime Suspect, that features an everyday man, desperate for work, who ends up temping for supervillains, according to Deadline Hollywood. Described as a high-concept drama, it brings Cunningham back together with Film 44, the studio that underwrote Prime Suspect, last year's remake of the classic British series which was low-rated but a critical favorite and reportedly well-liked by the NBC brass. The series, titled Hench, sounds a bit like the song "Henchman" by geek rockers The Kirby Krackle should be its theme song. Maybe someone will start an online petition.