The official facebook page for Netflix's Daredevil has posted another new still from the show.

This one features Vondie Curtis-Hall as Ben Urich dropping by Matt Murdock's law office. In the comics, Urich was the Daily Bugle's top investigative reporter and became a longtime ally to Daredevil.

Because Marvel didn't strike their deal with Sony sooner, they couldn't use the Daily Bugle. Maybe in the series Urich writes for their cross-town rival, The Daily Trumpet. Blow that out your horn, J. Jonah! 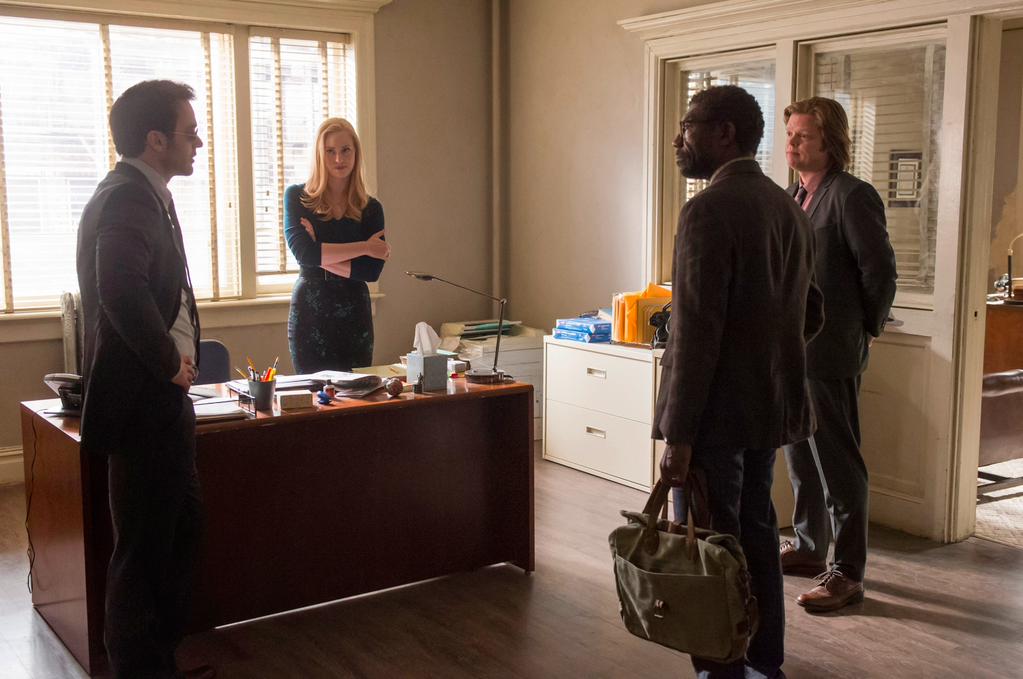 Terraforming Mars Gets a Dice Game