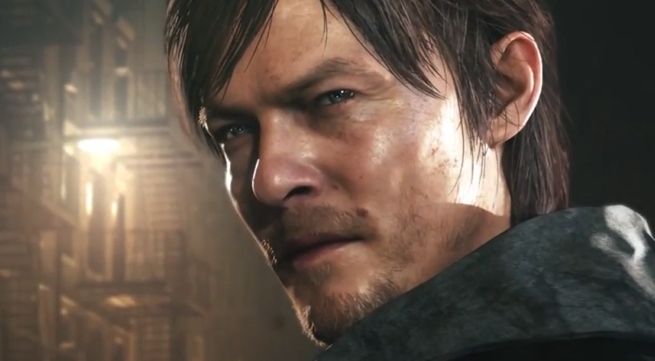 In August, Silent Hill fans got very excited when it was revealed that some first-class talent was attached to a new installment in the Silent Hill video game series. The new Silent Hills game is being developed by Guillermo del Toro and Hideo Kojima, and if that information alone wasn’t enough, The Walking Dead’s Norman Reedus is a key character in the game.

Last month, fans got to see the first trailer, which focused on Norman Reedus character in the game. Now, a new concept trailer has been released, which doesn’t feature Reedus, but reveals some of the horrifying creatures and scary scenes he will encounter in the game.

The new Silent Hills concept trailer was unveiled at the P.T. stage demonstration at TGS. According to IGN, Guillermo del Toro appeared at TGS via a pre-recorded video and taked about working with Kojima.

Del Toro said, “We talked about concepts and tools at his headquarters in Tokyo. Then he sent his first version of the playable teaser. I saw it loved it. We then... exchanged ideas and the result was the playable teaser you see now."

And just for good measure we’ve included the earlier-released Norman Reedus version of the Silent Hills trailer below as well.

The new Silent Hills video game release date has not yet been announced.

Genshin Impact Is Adding a New Type of Story Quest

Attack on Titan: Who Will Most Likely Die in the Finale?

Call of Duty: Warzone Season 2 Event: Everything We Know So Far