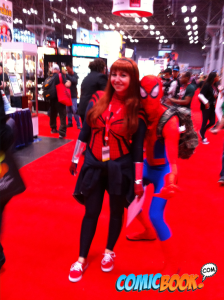 It's preview night at New York Comic Con and while everyone outside of the Javits Center is talking about the Arrow premiere and the newly-released "lost" episodes of Doctor Who, those lucky enough to be inside tonight are racking up the exclusive swag and checking out the fun, cool and creative cosplayers who populate every day of the convention...but who have a bit more room to breathe on the (relatively speaking) sparsely-populated Thursday night.

Check out some of our favorites below, from animation to superheroes to action stars.

And thanks to Kevin Conn, creator of Lava-Roid and I Hate Earth, for help wrangling and photographing the cosplayers!

As ever, we don't usually get names when we take the photos but we try to make sure you know where it will end up--so if one of these is you, feel free to chime in! Apologies, meanwhile, if I don't know who you are or if I misidentify you. I'll correct anything that's called to my attention. 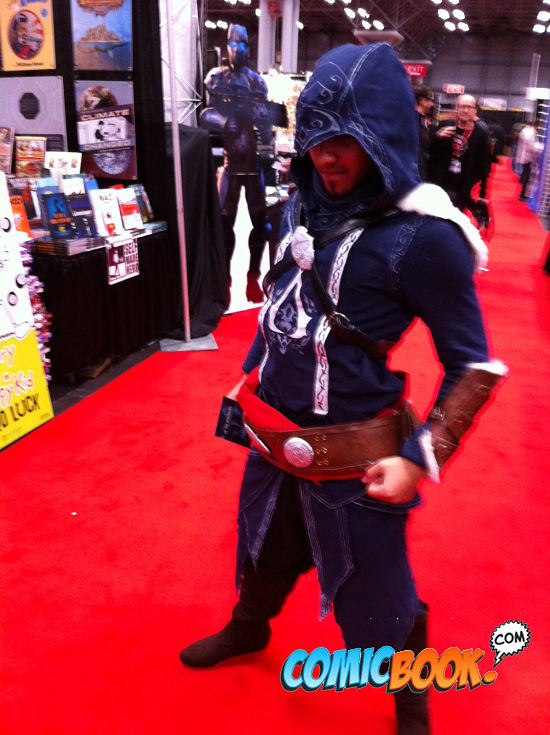 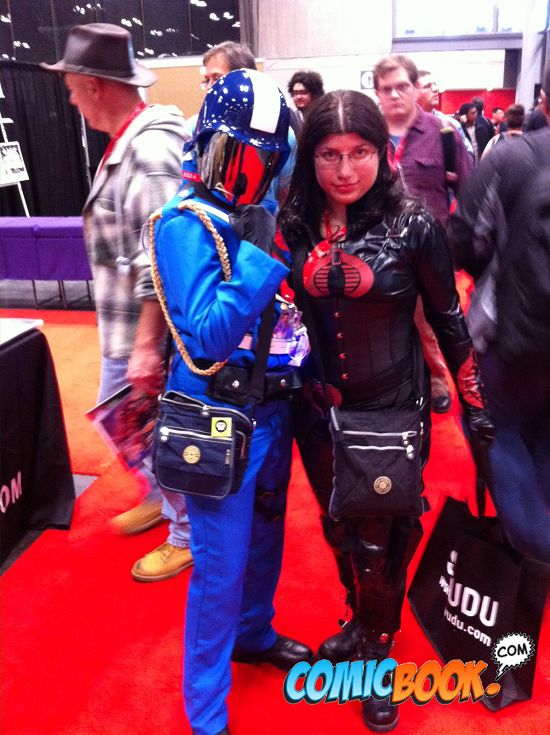 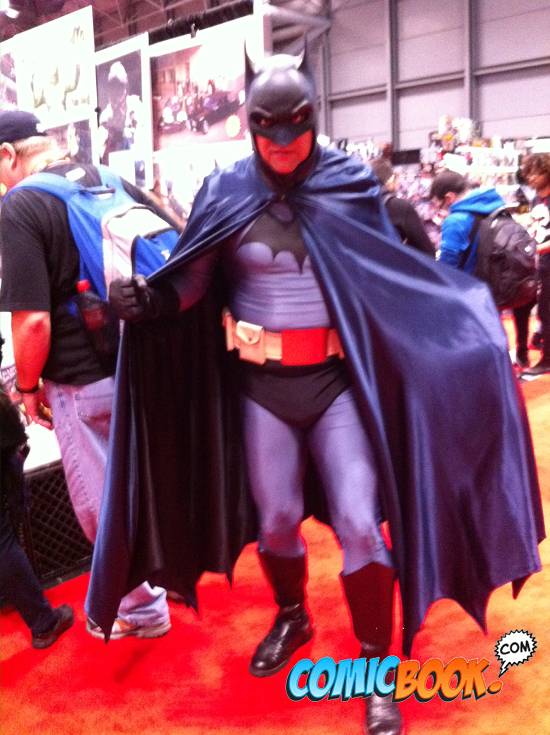 The Alex Ross version of Batman 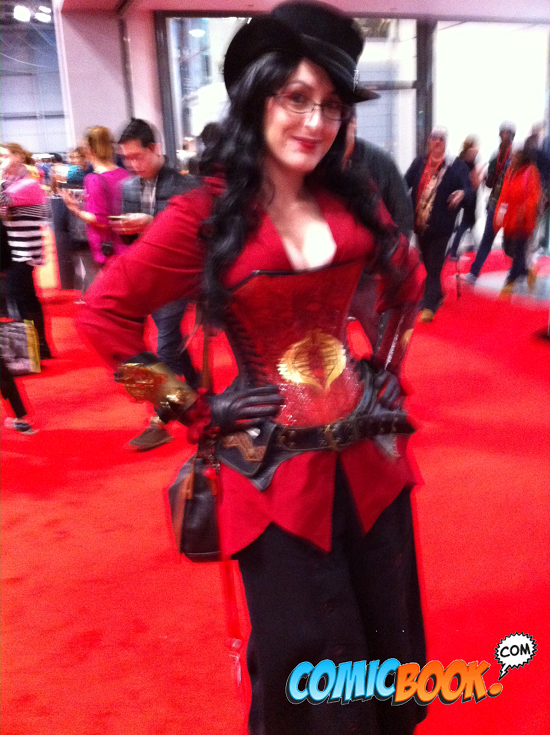 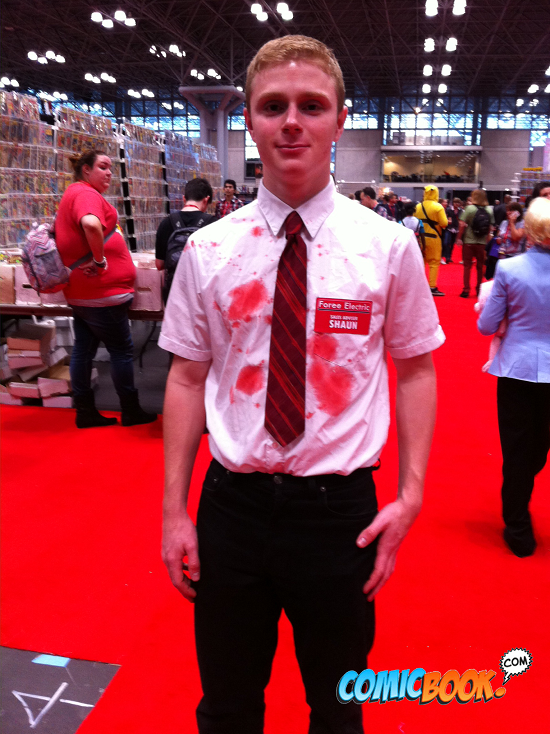 He's got red on him. 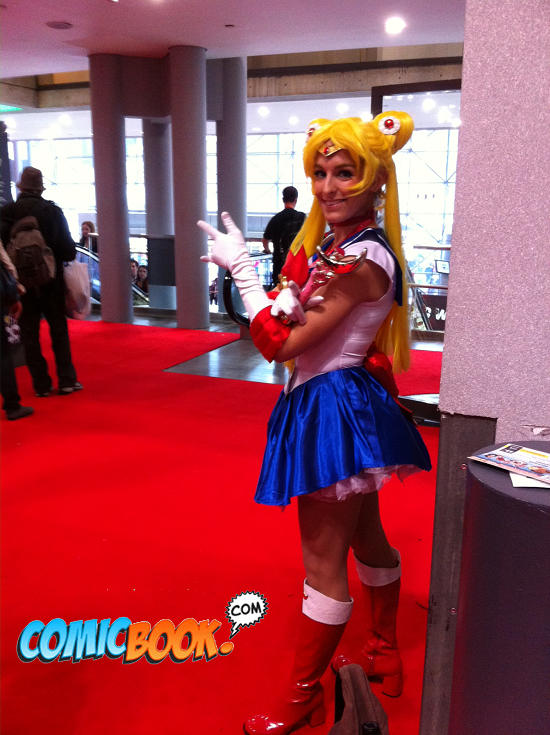 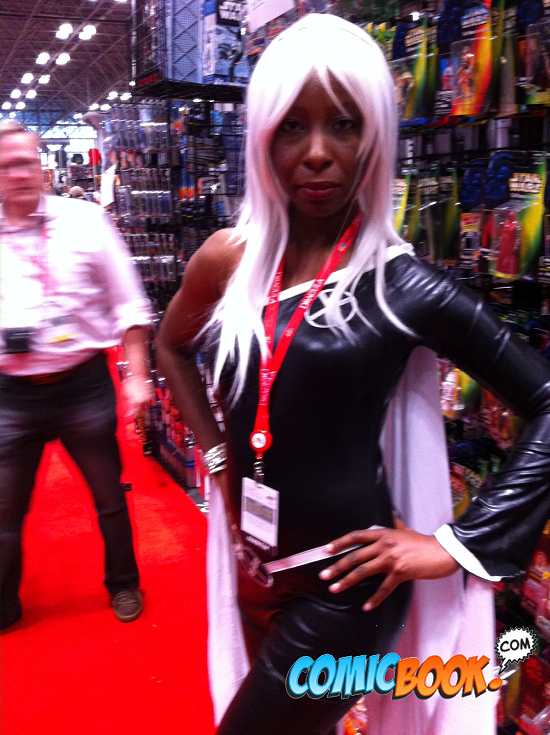 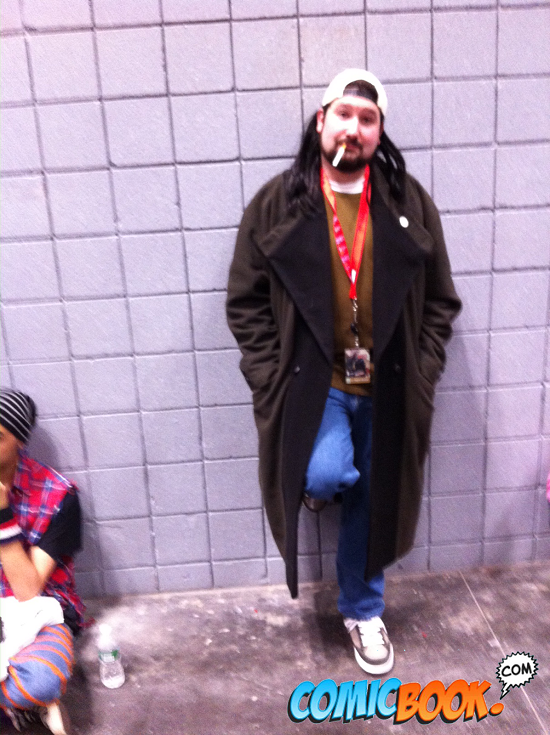 Silent Bob made it through the Lincoln Tunnel, apparently. 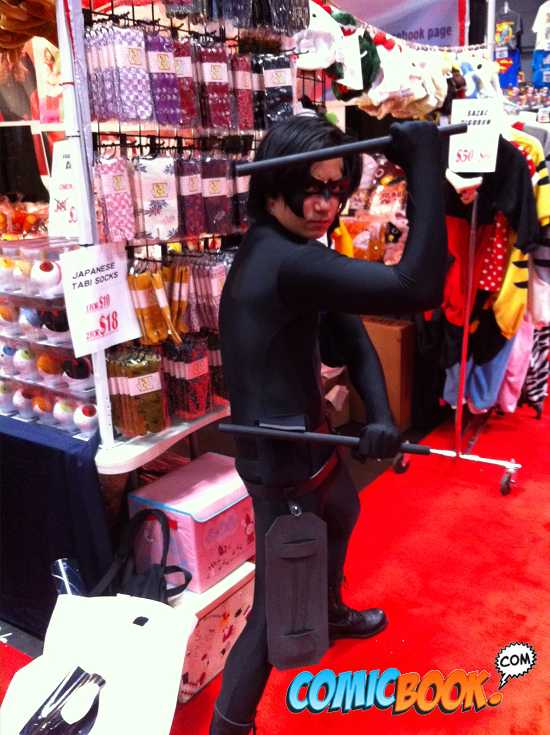 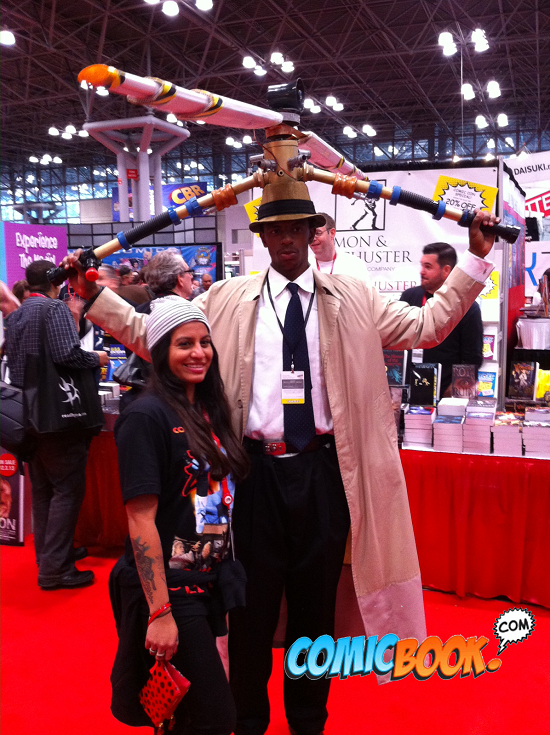 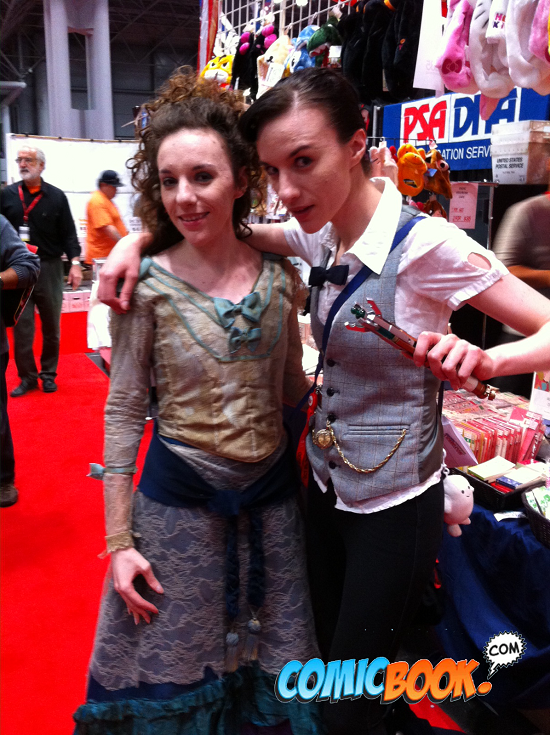 Doctor Who and the TARDIS in human form, from Neil Gaiman's episode. 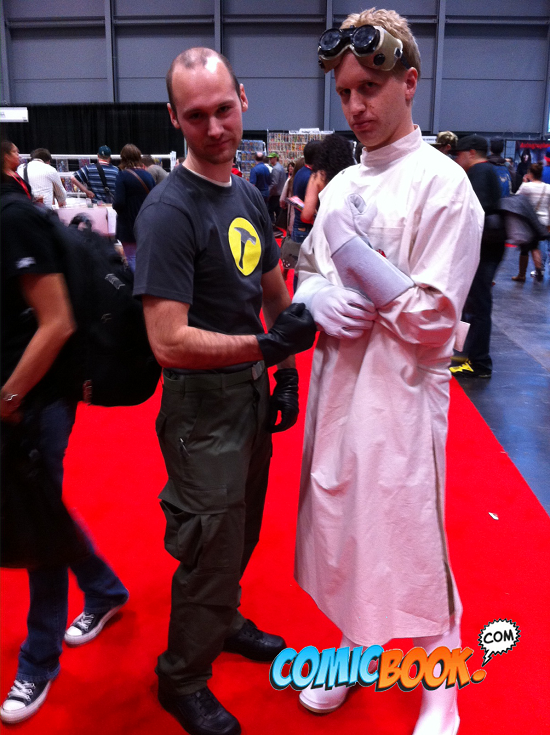 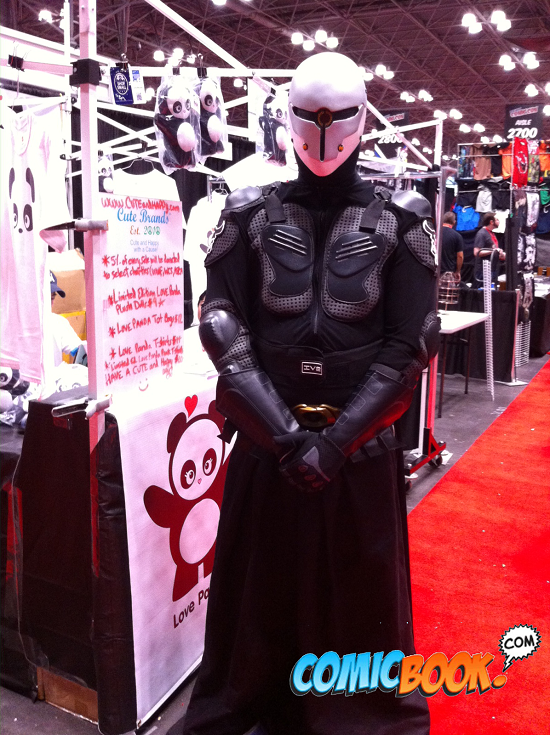 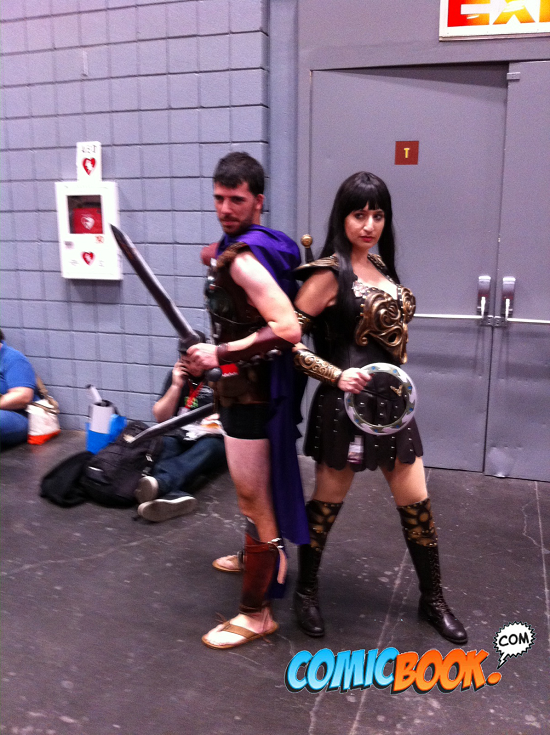 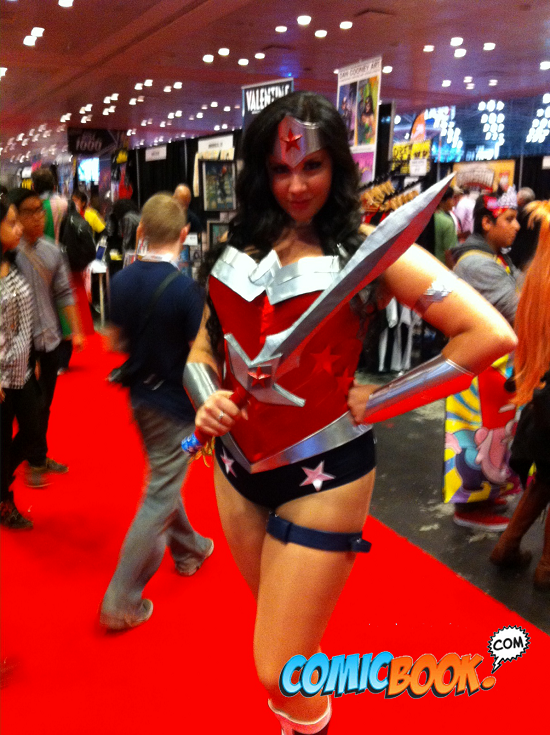 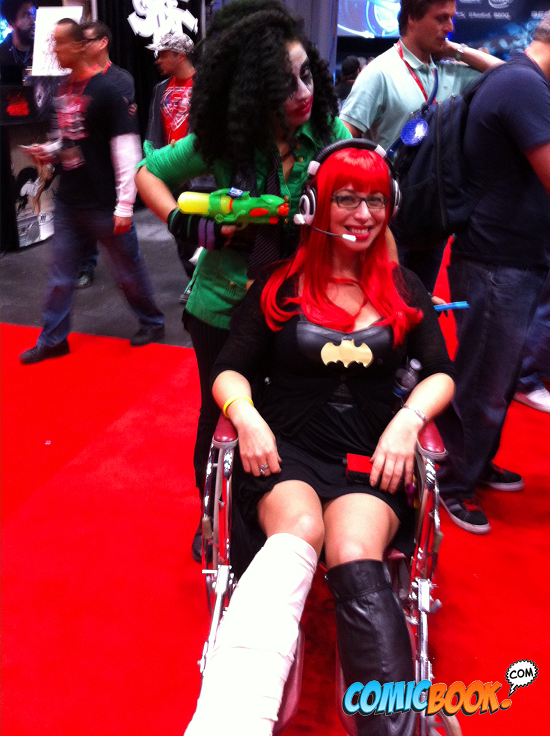 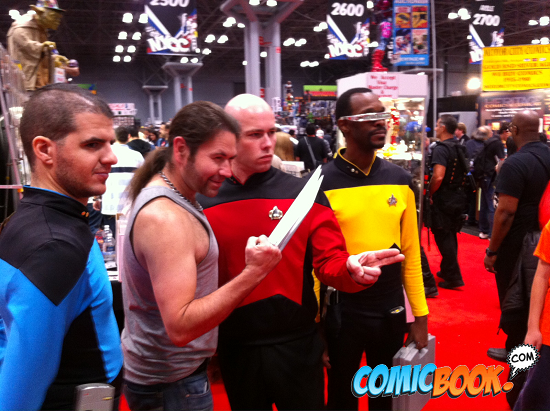 Wolverine joins the crew of the Enterprise 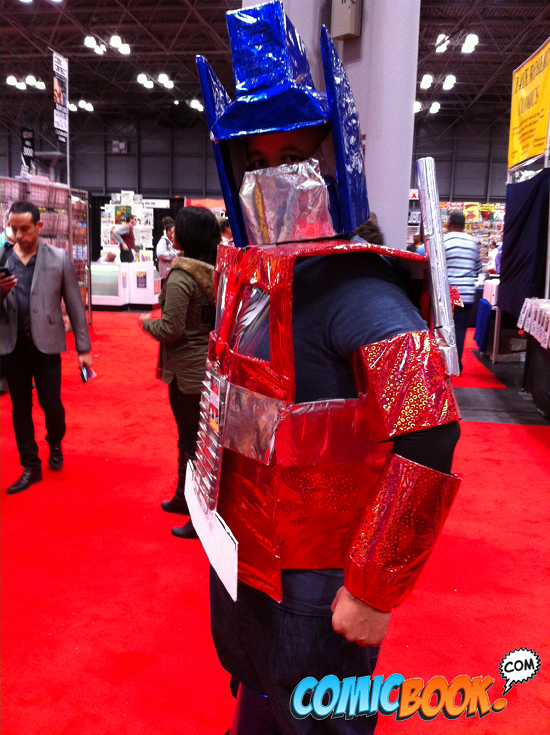 Optimus Prime. I always wanted to be him when I grew up. 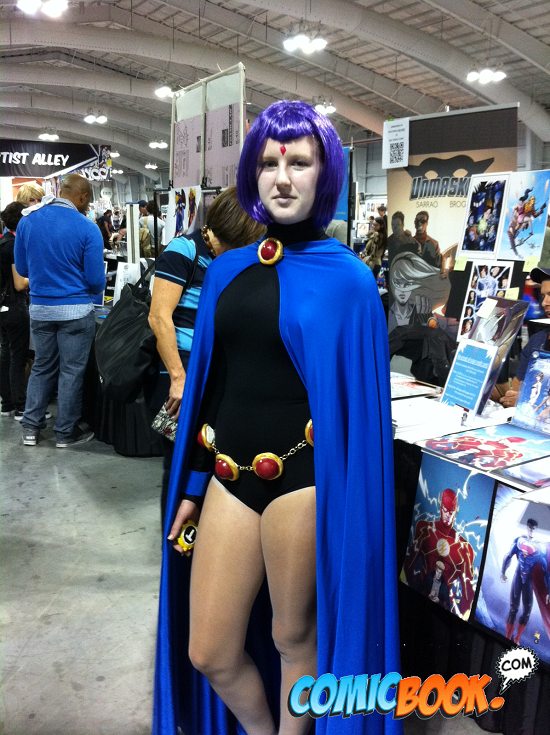 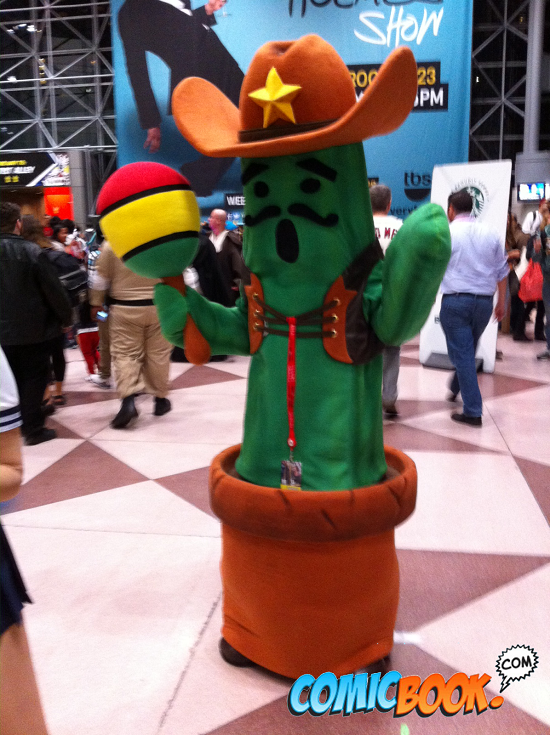 I have no idea what this is. But it's awesome.