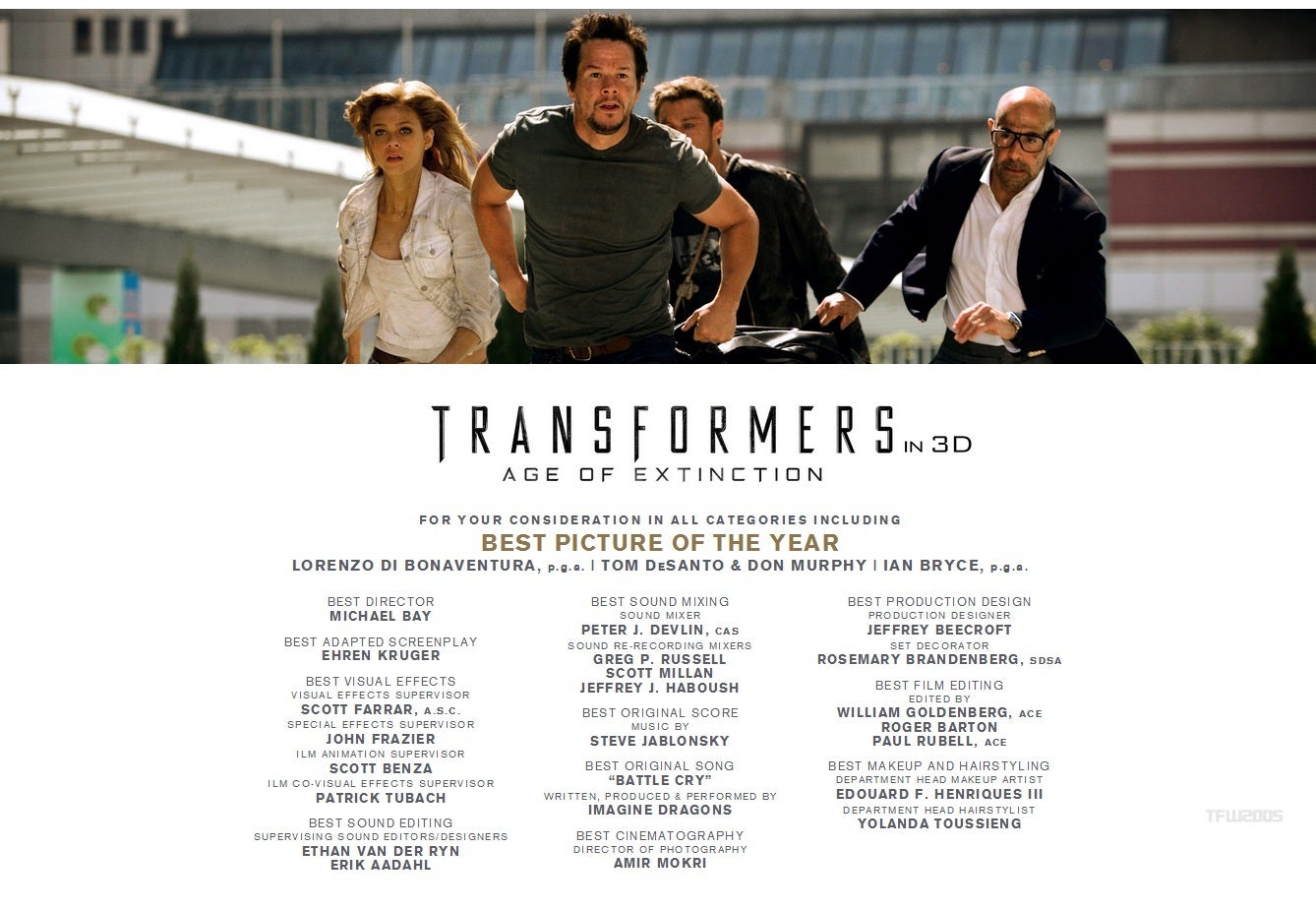 With Oscar season just around the corner, many studios are submitting films for consideration to the Academy Awards. In a surprising move, Paramount Pictures is submitting Transformers: Age of Extinction for Best Picture Of The Year Category.

In the  fourth Transformers film,  humanity is recovering following the conclusion of Transformers: Dark of the Moon. Autobots and Decepticons have all but vanished from the face of the planet. However, a group of powerful, ingenious businessman and scientists attempt to learn from past Transformer incursions and push the boundaries of technology beyond what they can control - all while an ancient, powerful Transformer menace sets Earth in his crosshairs. The epic adventure and battle between good and evil, freedom and enslavement ensues.

While Age of Extinction was derided by fans and critics alike, it was one of the most financially successful films released this year, bringing in over $1 billion at the worldwide box office.

The 87th Academy Awards will be held on Feb. 22, 2015 at the Dolby Theater in Los Angeles. Actor Neil Patrick Harris is scheduled to host the ceremony.

Paramount Is Promoting Transformers: Age Of Extinction For A Best Picture Oscar

DC's Legends of Tomorrow: "Rage Against the Machines" Photos Released