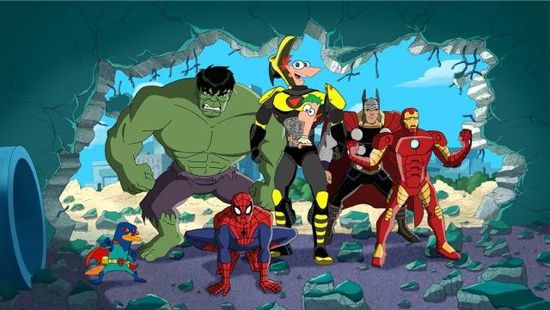 Once the Marvel Super Villains - Red Skull, Whiplash, Venom and M.O.D.O.K. - find out that Dr. Doofenshmirtz is responsible for robbing the Super Heroes of their powers, they seek him out and together create mayhem in Danville. Meanwhile, Phineas and Ferb do everything they can to restore the Super Heroes' powers before the evil villains take over the world.

Comicbook.com has a clip for the show embedded below. Phineas and Ferb: Mission Marvel airs on August 16 at 8 PM ET on the Disney Channel.

My Hero Academia Tempts Fate with All Might's Daring Promise