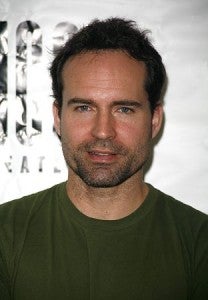 Brian Michael Bendis' series Powers is making the move to the small screen on the FX network, and the leads for the series have been officially cast. Film star Jason Patric, who appeared in last year's not so well-liked comic book movie The Losers, will take on the role of Detective Christian Walker. Walker's partner, Detective Deena Pilgrim, will be played by British actress Lucy Punch. The Powers series focuses on Walker and Pilgrim as they investigate homicide cases in a world where superheroes are common and Walker himself is a former superhero.

Fans of the comic book series, which originally ran with Image Comics and then moved to Marvel's Icon imprint, will be pleased to know that both Bendis and series artist Michael Oeming are part of the team behind the television adaptation. Also attached to the project is Charles Eglee, who also worked on Dark Angel and the critically acclaimed television adaptation of The Walking Dead. This news comes quickly on the heels of another comic book adaptation on TV. Is the adaptation a good one? Would this series work? Comment!