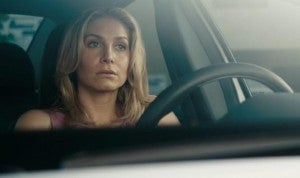 Jon Favreau and J. J. Abrams' upcoming post-apocalyptic drama Revolution has added Lost actress Elizabeth Mitchell, according to The Hollywood Reporter. The star will reunite with Abrams, who was also a showrunner on Lost, and will replace Andrea Roth, who plays the character of Rachel Matheson in the show's pilot. The character is the mother of two who spends most of the show worrying about the effects of the global catastrophe on her kids. Mitchell is best known as Dr. Juliet Burke from Lost, but also had a featured role on the recent remake of the '80s alien invasion classic V and had a recurring role on Law & Order: SVU.