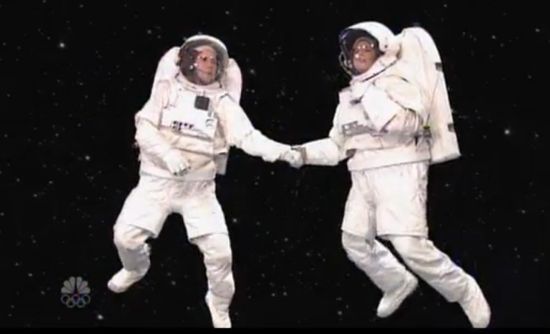 Gravity is leading the U.S. box office for the second straight weekend, as the film is proving to be the rare combination of being both a critical hit and a box office smash. Many are predicting that Sandra Bullock could win her second Oscar for her performance in the film.

In the skit, Kate McKinnon and Taran Killam were adrift in space, but when they called into the NASA control room, they could only reach two janitors. All the other NASA employees had been furloughed due to the government shutdown.

However, the janitors proved to be little help. One janitor offered, "My son, all day he watch Star Trek, Deep Nine Space, and [an unintelligible pronunciation of] Battlestar Galactica."