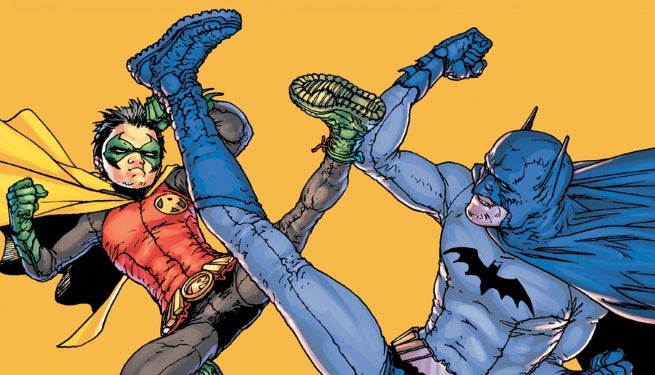 The former will feature the Court of Owls, introduced by Scott Snyder and Greg Capullo in the first arc of the New 52 Batman series, but the title suggests that it won't be a direct adaptation, as Robin is not predominantly featured in that story, and certainly doesn't go toe-to-toe with his mentor.

The second is Justice League: Gods and Monster, an original story written and directed by Bruce Timm, former head of DC Animation and creator Batman: The Animate Series and the other series that became collectively known as the DC Animated Universe.

No further details or release date about the projects were given. Batman: Assault On Arkham releases August 12.