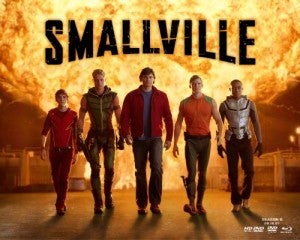 A judge has ruled that the showrunners for the now-defunct CW Network TV series Smallville have a triable case against Warner Brothers, and that it will head to jury. The basic premise of the lawsuit is that Warner Brothers signed lowball deals to license the long-running show to The WB (and later The CW), thus depriving its producers of revenue. Warner claims that the plaintiffs' claims are purely speculative becuase it would be impossible to anticipate what they might have made had there been a different network involved or difference licensing terms in place. Had it gone to Fox or another, larger network, Warner Brothers's thinking goes, Smallville may have made them more money per year but likely would not have run for ten seasons and received such generous promotion and publicity, given that Warner has a vested interest in its DC Entertainment properties. The series, which revolved around the life of Clark Kent after he discovered his super powers but before he embraced the name Superman, ran for ten seasons and a comic book series telling the ongoing stories of its "Season Eleven" by one of the show writers is currently one of DC's best-selling digital comics. "WBTV argues that it did not breach any of its express or implied contractual duties with Plaintiffs because it had the absolute discretion to determine the terms of its license agreements and to do business with its affiliates," explained Judge Michael Johnson, but said that in spite of that, Tollin/Robbins Productions and Smallville co-creators/writers Miles Millar and Alfred Gough have valid enough concerns that the trial may go forward. The judge's decision should not be understood to suggest he thinks that Warner Brothers is guilty, only that the plaintiffs are not bringing a frivolous or totally unfounded case. Warner had filed for summary judgment dismissing the case altogether, which is what was denied. The case will now likely go to trial in early 2013.