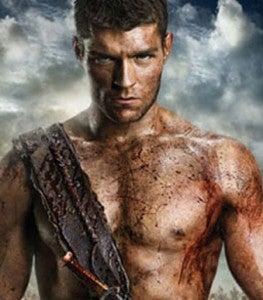 According to a report on Jedi News, Spartacus actor Liam McIntyre has auditioned for a role in Star Wars Episode VII. Jedi News cites as their source RebelForce Radio, who interviewed Liam McIntyre while he was appearing at Dragon Con over the weekend.

Since this information reportedly comes from the actor involved directly, it's probably some of the most reliable Star Wars Episode VII casting news to surface yet. While there have been a number of reports that various actors and actresses have read for parts in Star Wars Episode VII, this report appears to be the first official confirmation from an actor directly confirming that auditions are indeed taking place. According to the report, McIntyre hinted that he read directly from the script for a role of a Jedi as part of his audition.

Of course, auditioning for a role is just the first step in the process, so there's no guarantee that Liam McIntyre will actually land a role in the film. RebelForce Radio is promising more details in tomorrow's episode of their show.