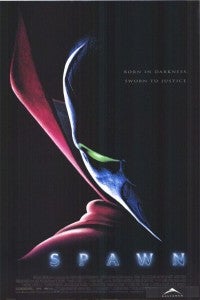 Over the weekend, Todd McFarlane appeared at Fan Expo Canada, where he gave a brief update on the status of the Spawn reboot. In a video interview with The Gate, Todd McFarlane said, “The reality is I’ve got a lot of pressure. They want me to deliver the script by the end of the year, which would basically mean we’d be shooting next year. So that’s the goal right now.”

McFarlane also added, “The thing that keeps slowing it down is that the negotiation I’ve done is that I write, produce, and direct. So I’ve got to push a lot of my other endeavors off to the side, so I can get tunnel vision on it, and so everybody in my company is now going, 'We’ve got to find Todd the time to finish all this.' I think it’s a sixty to seventy day shoot. I think it’s a quick shoot. It’s not going to be a giant budget with a lot of special effects. It’s going to be more of a horror movie and a thriller movie, not a superhero one. Anyway, I’ve got so many people phoning now, I’ve got to get it done.”

At San Diego Comic-Con, Academy Award winning actor Jamie Foxx confirmed that he wanted to star in a Spawn movie. When asked about casting, McFarlane said, “We’ve had some big names, like who you’re mentioning, come to the office and go we want to be in it. Sometimes they give me their pitch, and I give them my pitch, and I go we can get in it, here’s how it goes. And so those types of actors, Academy Award guys, they’re going,  'As soon as that script’s done, we’re going.' So once we get this thing done, we’ll get it off the ground with some big names.”

Spawn Movie To Shoot Next Year, Horror Movie Not A Superhero Movie