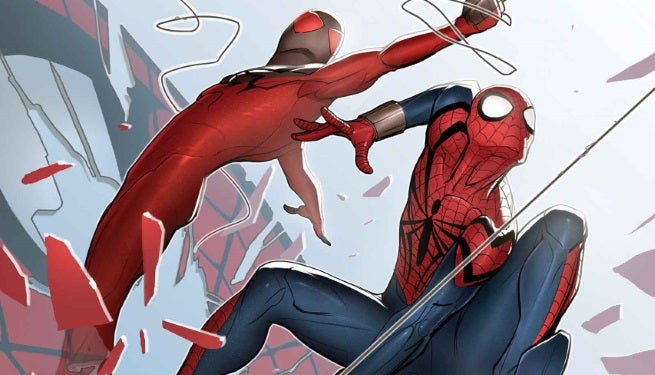 Marvel Comics has released a preview of Scarlet Spiders #1, the first issue of a three-part Spider-Verse tie-in miniseries. The series is written by Mike Costa with art by Paco Diaz.

Thrown together by the chaos of Spider-Verse, Kaine, Ben Reilly and Ultimate Jessica Drew form a new team to take a dangerous mission that sends them behind enemy lines. After discovering a secret to the technology that makes Morlun and his family so powerful, the trio of Spiders heads to one of the realms ruled by the family to see if they can save every Spider in reality.

Spinning Out Of Spider-Verse, Your First Look At Scarlet Spiders #1