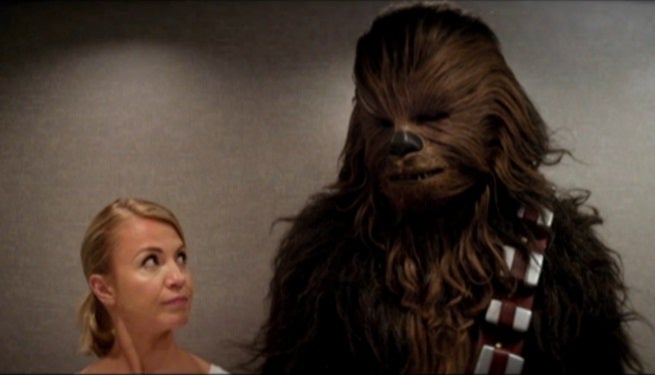 The Hollywood Reporter is reporting that ESPN2 will air a Star Wars-themed special episode of SportsNation just before Halloween.

The half-hour explosion of corporate synergy will air October 30 at 7:30 p.m., and will include characters such as Han Solo, Boba Fett, Yoda, Darth Vader, R2D2, Chewbacca, C-3PO and Chopper from Star Wars Rebels.

You can check out the special episode's opening below:

The special will set SportsNation set redesigned to look like the Millennium Falcon, and new footage from an upcoming episode of Star Wars Rebels.