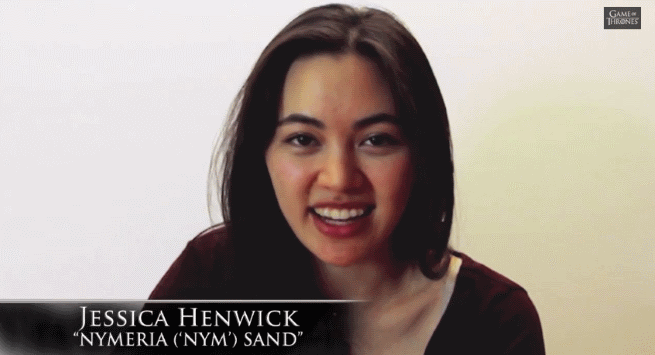 Lizo Mzimba, entertainment journalist for the BBC, is reporting on Twitter that Jessica Henwick has joined the cast of Star Wars: The Force Awakens.

Henwick is known for her work on the BBC’s legal drama, Silk, and children’s fantasy adventure series, Spirit Warriors. She will also play Nymeria Sand – one of Oberyn Martell’s bastard daughters, collectively called the “Sand Snakes” – in Season 5 of Game of Thrones.

Pleased @JHenwick's in @StarWars VII. Big fan, from Spirit Warriors to Silk. And she's Nymeria Sand in @GameOfThrones next year!

The first trailer for Star Wars: The Force Awakens will air in front of all movies in select theaters, nationwide, from November 28 through November 30. The film hits theaters December 18, 2015.