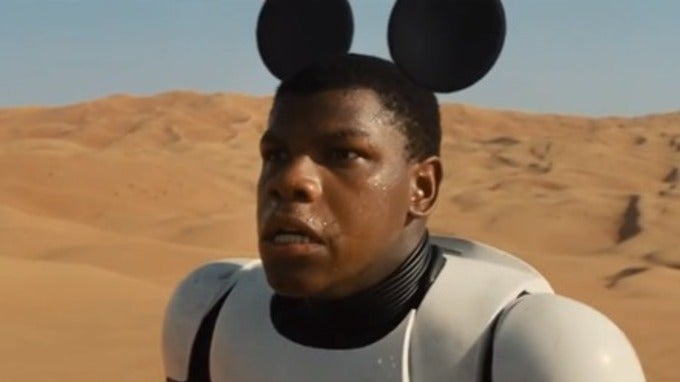 Since the release of the teaser trailer this past Thanksgiving weekend, Star Wars Episode VII: The Force Awakens has inspired more than a few mashups and parodies.

"If Disney micromanaged Star Wars," Wallace said. "Try to spot the subtle and not so subtle Disney influences."

To date, the official teaser has received over 21.5 million views.