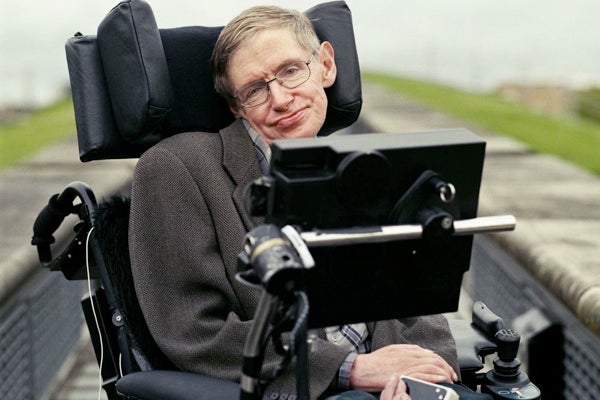 Even though the next James Bond cast will be officially announced tomorrow morning, renowned scientist Professor Stephen Hawking already has a candidate in mind for the film’s next villain.

Namely, himself. In an interview with Wired (by way of The Telegraph), Hawking revealed that he would love to play Bond’s next nemesis. As he put it, he already has the makeup of a marquee 007 bad guy.

“My idea role would be a baddie in a James Bond film,” he told Wired. “I think the wheelchair and the computer voice would fit the part.”

It wouldn’t be Hawking’s first time to temporarily shift his career path from physicist to actor. Hawking has already held a cameo in Star Trek, where he played poker with Isaac Newton and Albert Einstein, and was a guest star on an episode of The Simpsons. He will also appear in the upcoming Monty Python reunion installments.

What do you think? Could the professor make for a compelling Bond villain?As one of the world’s leading physicists, he’d certainly give 007 a run for his money in the cerebral department.  Maybe he could hold the world hostage with an anti-gravity machine, or threaten to create a black hole with Neil deGrasse Tyson as his accomplice?  The fan-fiction possibilities are endless.