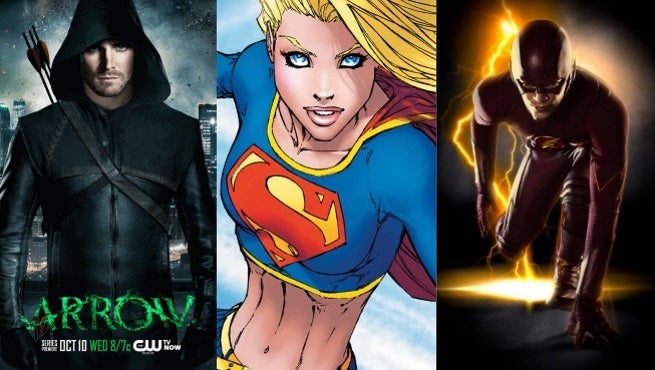 Glen Winter, who directed The Flash's Arrow crossover episode "Flash Vs. Arrow," will helm the forthcoming Supergirl pilot from The Flash and Arrow producer Greg Berlanti at CBS.

That announcement came from KSite TV, who have been watching Winter's career for years; the filmmaker has been a regular director on Arrow and before that, Smallville.

They also note that Arrow and The Flash executive producer Andrew Kreisberg has officially boarded Supergirl as an executive producer, arguably an unsurprising move since he has served as showrunner on Berlanti's other DC Comics shows and was at one point in line to make Booster Gold for Syfy.

While CBS, which co-owns The CW with Warner Bros., has steered clear of speculation that Supergirl might share a universe with The Flash and Arrow, producers have said that it's not impossible and early reports were that the possibility to cross over with his other DC shows was negotiated by Berlanti early on.

The series will star Melissa Benoist as Supergirl, Chyler Leigh as her sister Alex, David Harewood as Hank Henshaw and more. It's expected to shoot next month and debut on CBS in the fall.