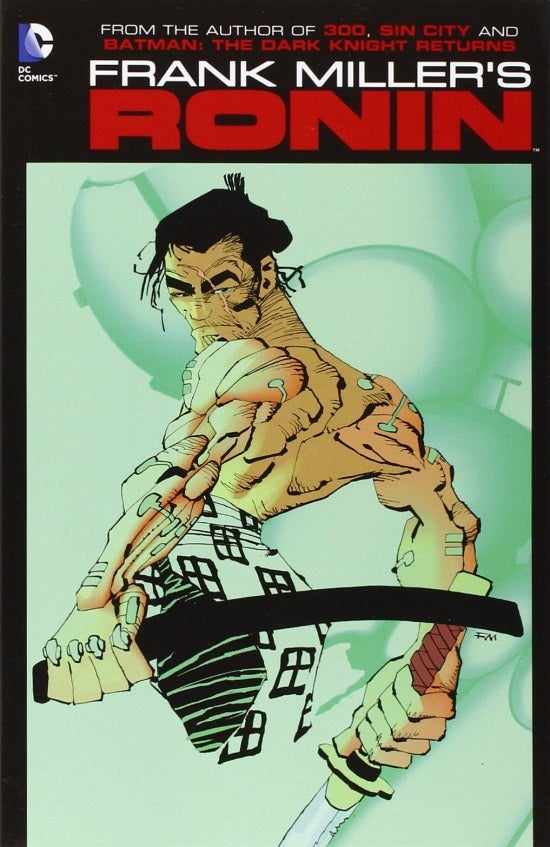 SyFy has television adaptations of Frank Miller's Ronin, Jonathan Hickman's Pax Romana, Charles Soule and Alberto Albuquerque's Letter 44, and Robert Kirkman and Juan Jose Ryp's Clone in development, according to various reports from different outlets ahead of an official announcement. The Hollywood Reporter reports SyFy is adapting Frank Miller's Ronin into a television miniseries. The six-issue comic book series, originally published from 1983-84, is a blend of samurai action and futuristic, cyberpunk political drama. An ancient, disgraced samurai awakens in a new body in the far future and must defeat a demon reincarnation of his master's killer. Darren Aronofsky previously attempted to bring Ronin to the big screen, but the project never went anywhere. The same report also says that SyFy is developing Letter 44 as an ongoing television series. Letter 44 began being published at Oni Press last October. The series centers on a recently inaugurated President of the United States who learns that the United States found an alien construction project hidden in the asteroid belt and sends a crew of astronauts to investigate. Jonathan Mostow (Terminator 3) will write, direct, and produce the pilot. The Wrap reports that Clone, published by Robert Kirkman's Skybound, is also in development. The graphic novel follows a retired soldier who is burglarized by a clone of himself. This leads him into a web of government conspiracy and when his wife is kidnapped he must use his training to find and rescue her. Deadline reports that Pax Romna, Jonathan Hickman's Image Comics miniseries, is also in development. The high concept science fiction series is about a team of Special Forces soldiers sent back in time by the Catholic Church to repair the future and avoid World War III. Things don't go as planned. The adaptation is being handled by Stephen Scaia (Warehouse 13) and Circle of Confusion (The Walking Dead). While not comics, the same report also mentions that Lev Grossman's popular fantasy novel, The Magicians, is also in development at SyFy. The novel trilogy is frequently described as "Harry Potter for grown-ups." The Magicians is about a ennui-filled twenty-something who is invited to join a college for wizards and discovers that the Narnia-like world that he read about in books as a child is real.