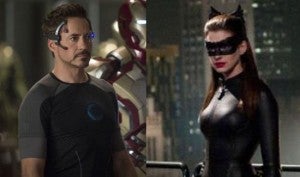 The Teen Choice Awards aired earlier tonight on FOX, but only some of the awards were actually announced on television. Surprisingly, there was no mention made of the winners in some fairly significant categories.

However, some of the winners that weren’t revealed on television have now been revealed online, and there were a couple of comic book movies that won in some categories. In the Choice Movie: Action category, Iron Man 3 won, beating The Bourne Legacy, The Dark Knight Rises, G.I. Joe; Retaliation, and Skyfall.