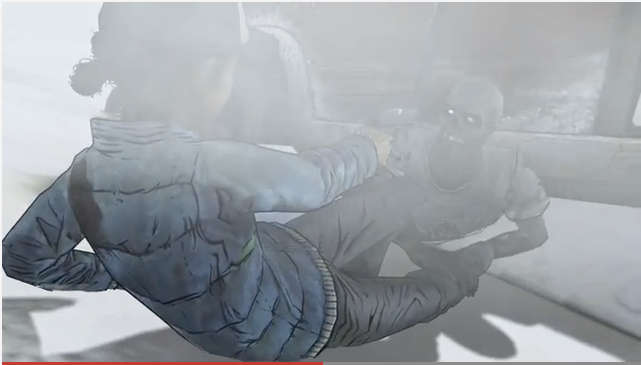 Telltale Games has released a trailer for Season Two of The Walking Dead video game series, which will be available on disc for the first time on October 21st.

While reviews of the franchise's televised second season were mixed at best, Season Two of the video game series was adored by video game critics across the board--as evidenced by the numerous accolades and praises peppered throughout the trailer.

Season Two of The Walking Dead focuses on Clementine, one of the main characters from Season One. As the only playable character in the second season, Clementine continues her struggles through the zombie apocalypse both within her small band of survivors and on her own. The story was initially available as five playable "episodes," released monthly for Playstation, Xbox, PC, and Mac users.

The Season Two discs, which contain all five episodes, will be available for Xbox One, Playstation 4, Xbox 360, and Playstation 3.