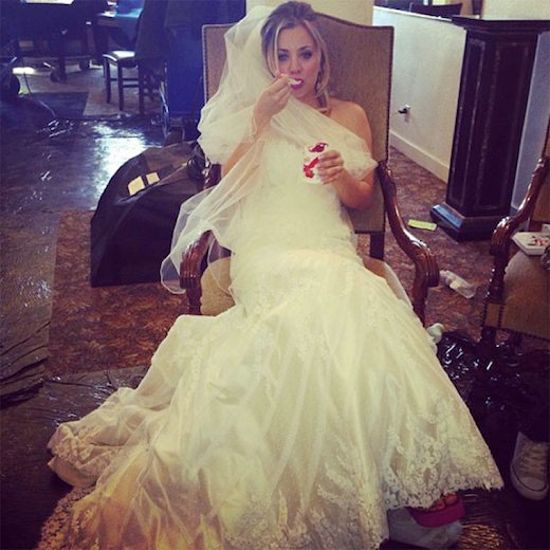 The Big Bang Theory's" Kaley Cuoco posted a photo of herself in a wedding dress to instagram earlier today. Cuoco recently got engaged to Ryan Sweeting, so those who just look at the photo might have assumed Cuoco had just tied the knot.

However, she captioned the photo, "It's my wedding day!!!! #theweddingringer #fakeweddingcalmdown"

Cuoco is starring in an upcoming movie called The Wedding Ringer, which is a comedy about a loner and the friendship he forms with the guy he hires to pose as the best man at his upcoming wedding. The photo is a behind-the-scenes shot from the movie.