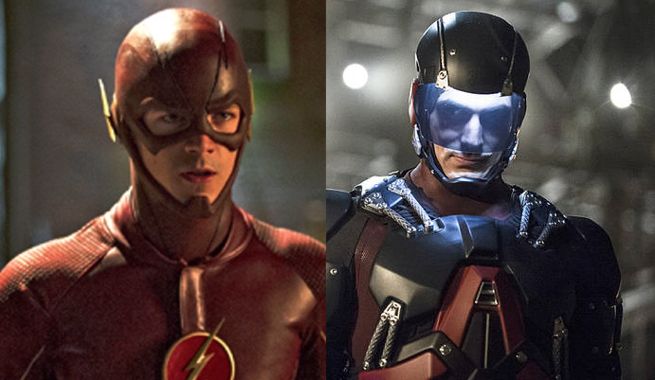 The CW has released the official synopsis for "All-Star Team Up," the April 14 episode of The Flash featuring guest appearances from Arrow actors Emily Bett Rickards and Brandon Routh, along with The Walking Dead's Emily Kinney and classic The Flash actress Amanda Pays.

It's a crowded episode that promises to square off two big superheroes against a high-profile villain...so who better to direct than a veteran of Mortal Kombat: Legacy and Marvel's Agents of S.H.I.E.L.D., Joss Whedon's brother-in-law Kevin Tancharoen.

The Flash: All-Star Team Up Assembles Flash, Atom From Agents of S.H.I.E.L.D. Director