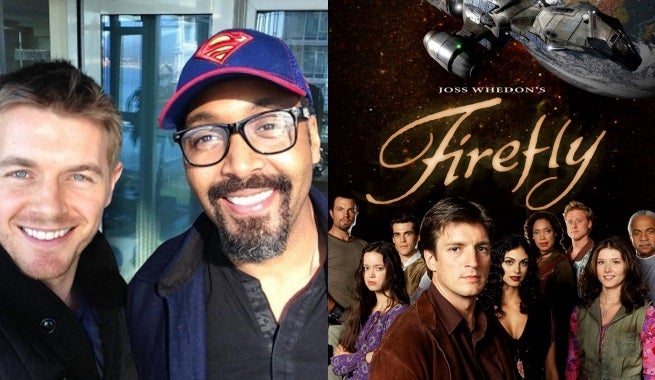 The Flash stars Jesse L. Martin, Rich Cosnett, and Carlos Verdes are involved in a Kickstarter project for a musical short film called The Letter Carrier. The Kickstarter is very close to reaching its $39,000 goal, and the trio has created a special reward for one of the project's biggest and most well-known supporters.

Avengers: Age of Ultron director Joss Whedon is a known lover of musicals and donated to the project when he heard, posting about it out on Twitter.

I helped kickstart "The Letter Carrier" by #JesseLMartin and OMG: https://t.co/Al6dEEfmFm Check out the film & RT: https://t.co/p9kSf8mEgr

As a special thank you, Martin, Cosnett, and Verdes have recorded a gospel version of the theme song to Whedon's short-lived, cult favorite sci-fi television series, Firefly. The song is called "The Balled of Serenity," and features lyrics written by Whedon himself.

The Kickstarter campaign for The Letter Carrier has another five days left on it, so you can still visit and add your own donation to Whedon's.