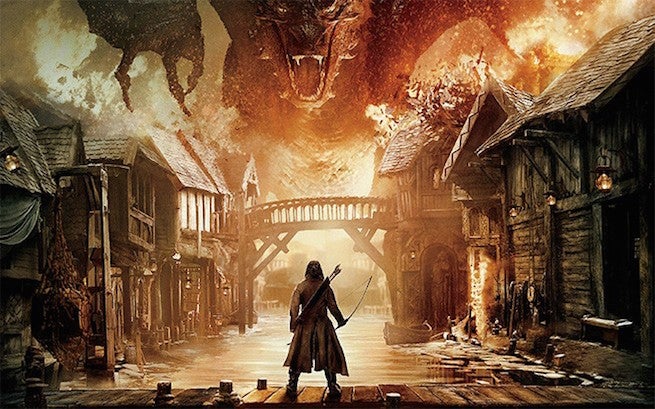 The Hobbit: The Battle of the Five Armies was the one movie to rule them all once more.

In its second week in theaters, the Peter Jackson helmed fantasy retained the top spot at the box office with $41.2 million, Box Office Mojo reports.

Based on the J.R.R. Tolkien classic, in Battle of the Five Armies, men, dwarves, and elves must unite or fall to the dual threat of Sauron's Orcs and Smaug the Dragon.

The Angelina Jolie directed drama, Unbroken, debuted at number two with a gross total of $31.7 million.

Into The Woods came in third with $31 million. Night at the Museum: Secret of the Tomb grabbed the fourth spot $20.6 million. Annie rounded out the top five with $16.6 million.

The Hobbit: The Battle Of The Five Armies Wins Weekend Box Office Again