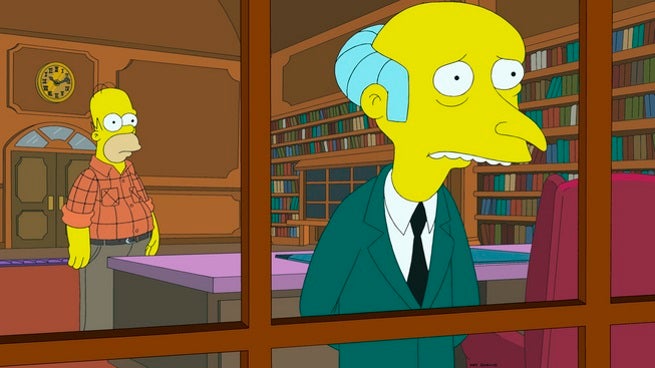 A new episode of The Simpsons, titled "Opposites A-Frack," airs tonight on Fox.

In "Opposites A-Frack," Lisa brings in Assemblywoman Maxine Lombard to put a stop to Mr. Burns' fracking operation, but is taken aback when the two political opponents find themselves attracted to one another.

The "Opposites A-Frack" episode of The Simpsons airs Sunday, November 2 at 8 p.m. ET/PT on Fox.