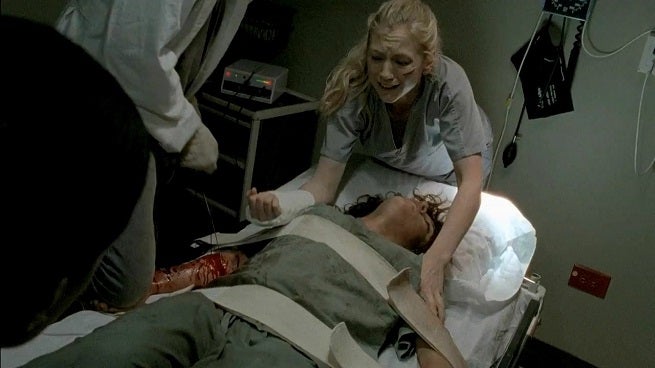 The Walking Dead has sacked the NFL yet again.

The fourth episode of Season 5, “Slabtown“ trounced Sunday Night Football's ratings last night, according to Deadline. Netting a 7.6 rating in the 18-49 demographic, The Walking Dead placed well-ahead of Sunday's NFL game between the Pittsburgh Steelers and Baltimore Ravens, which only scored 6.1. According to Deadline, that’s a margin of 24%.

This is the second time this season that The Walking Dead has surpassed Sunday Night Football. The first time came almost a month ago, when the Season 5 premiere beat the NFL’s 18-49 ratings by a score of 8.7 to 6.6. With these numbers, The Walking Dead officially ranks as the most-watched non sports program on television.

The Walking Dead returns this Sunday with “Self Help” at 9:00 pm ET. The Sunday Night Football match up competing for the timeslot’s top spot will be Chicago Bears against the Green Bay Packers.