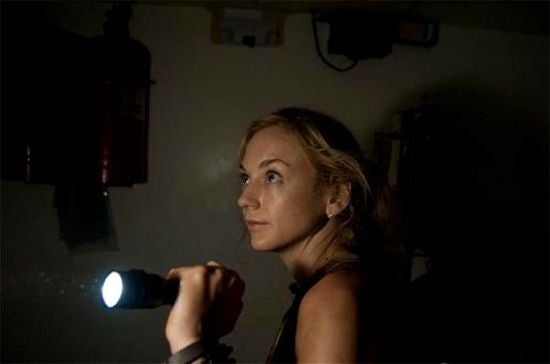 In his weekly postmortem following the airing of AMC's The Walking Dead, series creator Robert Kirkman -- who also created and writes the comic books on which the series is based -- gave TheWalkingDead.com a sense for where the series is going in Season Five and beyond.

We'll see more from Tyreese, Carol, Judith and Beth, the writer and executive producer promised -- but maybe not in the way, or as soon, as you might expect.

And, no, Gareth isn't just another Governor. There's something...else...going on there. 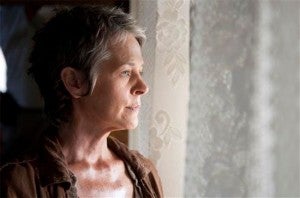 "You’ll definitely have a better sense of where we’re going if you’re a diehard comic book fan because there are always certain hints that pop out to you more if you’ve read the comics, but as the comic fans know there’s never any kind of clear indication of how we’re going to adapt a story. So even if we are moving into a storyline that’s very recognizable from the comics, we could be doing it in a completely different way," Kirkman explained. "Gareth is definitely not another Governor, he’s a far different character with a far different path that we’re going to be going down. I will say that he is a version of a comic book character, as Scott Gimple says he’s a remix of something we did in the comics, so there are elements of the comics that will be brought into the show through Gareth in a different way. I would expect a lot more out of that character when we come back."

Asked about the whereabouts of Beth, he was coy, suggesting that she might not even pop up again next season, but promising that there's more story to tell with that character.

"She got taken, she’s not back yet," Kirkman said. "I can say that Terminus has a lot of signs out there and it’s certainly possible that all kinds of different people out there could make their way to Terminus in some way, so maybe Beth shows up to Terminus in Season 5… maybe not. I think I can say that Beth’s story is not over. We’ll see her again, maybe in Season 5, maybe not."

Regarding the other major missing piece from Terminus -- Tyreese, Carol and Rick's daughter Judith -- Kirkman said, "They’re definitely still out there. I’m hoping that that’s something people notice. People have reunited in that train car at the end, but Tyreese, Carol and Judith are still out there. I think we’re gonna go in a pretty unexpected direction with that one."

The Walking Dead returns on AMC in October.