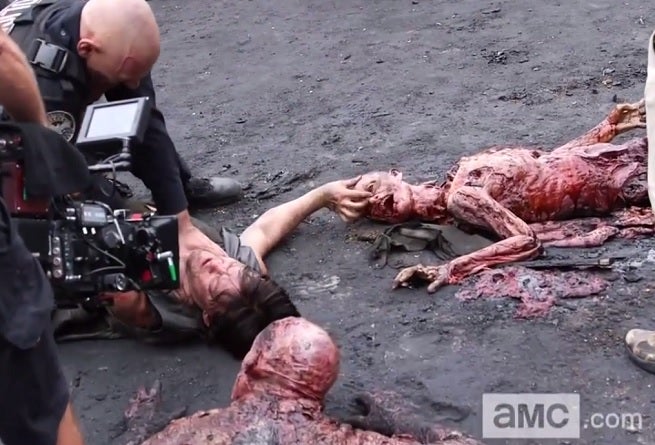 In a new featurette just released by AMC, the cast and producers of The Walking Dead look back on last week's gruesome "walker fondue" and examine how they made the melted zombies who had been napalmed in the bombing of Atlanta, as well as a look at the walker head that Norman Reedus used as a bludgeon during an intense fight scene.

Hoping to differentiate the burned-up walkers from the charred ones who had been seen late last season and early this season, the effects team put together gooey, melted, bubbling walker flesh and covered both dummies and extras who had parts of their body hidden, so that they looked as though they'd been partially incinerated and melded to the street.

The cast and crew of The Walking Dead describe how the grisly scene with the napalmed zombies was created.