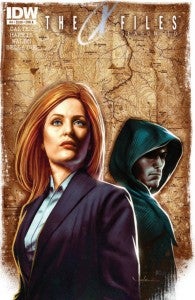 IDW Publishing have released an eight-page preview of tomorrow's The X-Files: Season 10 #4 from writer Joe Harris and artist Michael Walsh.

The penultimate chapter of the series's first arc, it sets up the beginning of the end for the status quo the characters have been living since The X-Files: I Want to Believe was in theaters a few years ago and re-establishes Mulder and Scully for the future of the book.

“Believers,” Part 4 of 5: Mulder continues his search for Scully, who has been abducted by the mysterious Deacon. And what happened to Scully’s missing child? Mystery upon mystery sets the stage for the next phase of Mulder and Scully’s lives! 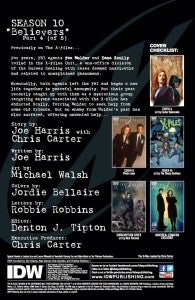 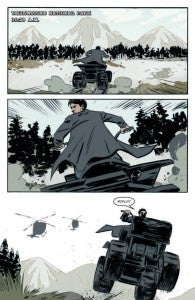 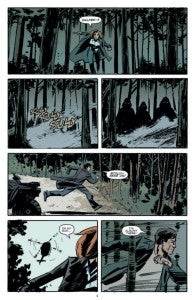 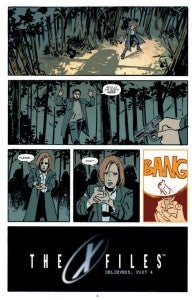 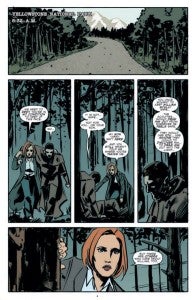 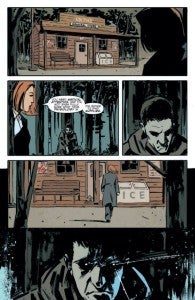 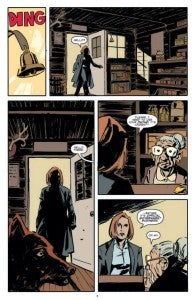 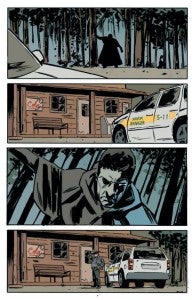