There were a ton of great costumes at the recent HeroesCon comic book convention in Charlotte, North Carolina. Here are some or our favorite female costumes from HeroesCon. While the Bruce Wayne version of Batman might be dead, the Bat-ladies live on. First up is Batgirl in a tattered bat skirt, followed by the Catwoman, in the costume popularized by Halle Berry in the Catwoman movie. 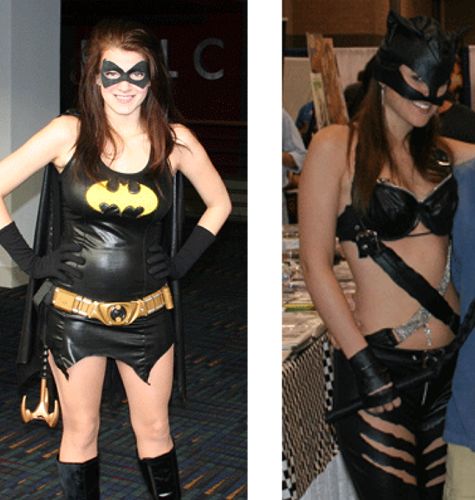 The lightning bolt is an immensely popular emblem for both male and female superheroes. Check out these Marvels. First up is Mary Marvel decked out in a black version of her uniform. Shazam! Not to be outdone is Marvel Comic's Ms. Marvel. 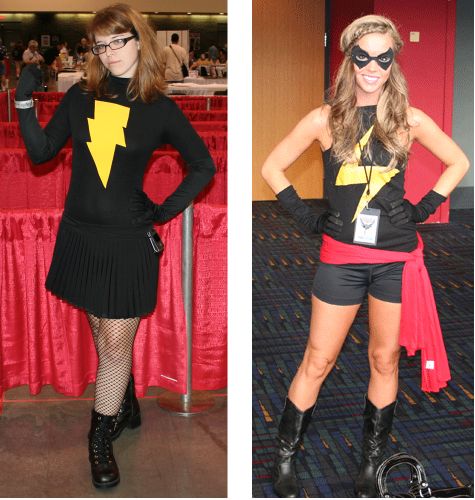 Taking a step away from the Marvel and DC superheroines, it's everyone's favorited animated series: The Powerpuff Girls. What comic book convention would be complete without an appearance by Blossom, Bubbles, and Buttercup. 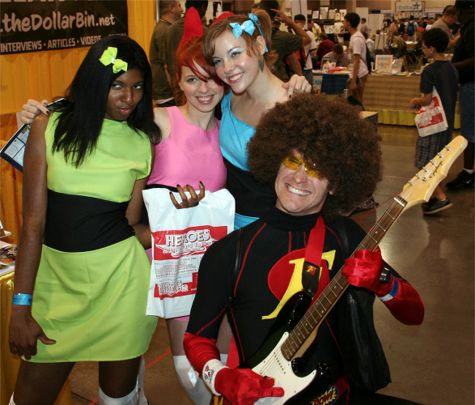 Next up are the girls of the Avengers: The Wasp and the Scarlett Witch. 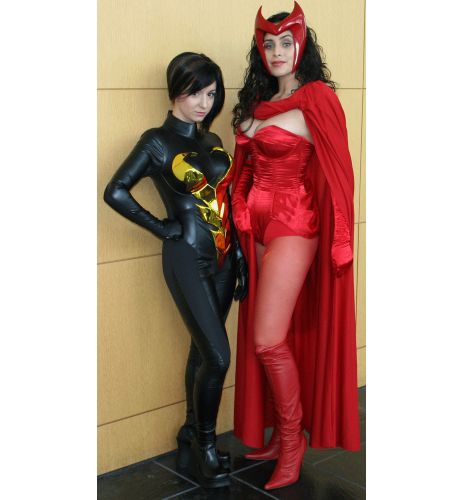 Of course, no favorite female costume list would be compete without a little wonder and Hack/Slash. Finishing out our favorite costumes are Wonder Woman and Cassie Hack. Never mess with an Amazon or a woman with a bat. 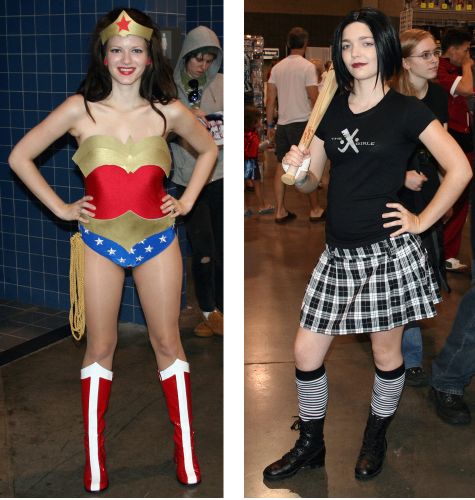