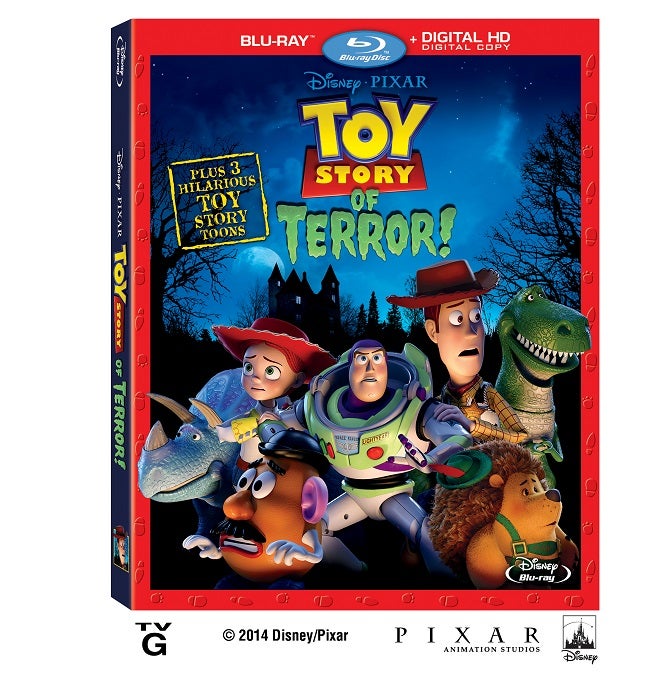 Walt Disney Home Entertainment announced today that Toy Story of TERROR!, the upcoming TV special, will be available on Blu-ray and various digital streaming services including the new Disney Movies Anywhere on August 19.

Reuniting after the events of Toy Story 3, Buzz, Woody and the gang join new friend Combat Carl for a spooky tale full of mystery and humor.

What starts out as a fun road trip for the Toy Story gang takes an unexpected turn for the worse when the trip detours to a roadside motel. After one of the toys goes missing, the others find themselves caught up in a mysterious sequence of events that must be solved before they all suffer the same fate in this Toy Story of TERROR!

Toy Story of Terror Coming to Blu-ray On August 19