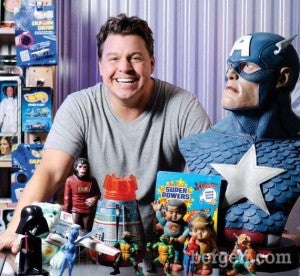 The first-ever Rhode Island Comic Con will play host to filming for the Christmas episode of the Travel Channel's Toy Hunter, according to show organizer Steven Perry.

Toy Hunter is hosted by Jordan Hembrough, famed toy dealer and self-proclaimed comic book geek. The show follows Hembrough as he searches the country for the rarest and most impressive toy collections from business owners, celebrity collectors and the average fan. Hembrough, along with the show’s film crew will be on hand at Rhode Island Comic Con in search of the rarest finds among the convention’s vendors.

The series takes the formula of popular shows like Storage Wars and American Pickers and turns its eye on toy collecting and the pop cultural niche it inhabits.