The final design for Joss Whedon's Ultron was created by the talented Charlie Wen and used a head design by the skillful Ryan Meinerding. But below, you can see four of Saunders' "sketches," along with information explaining his thought process for each. 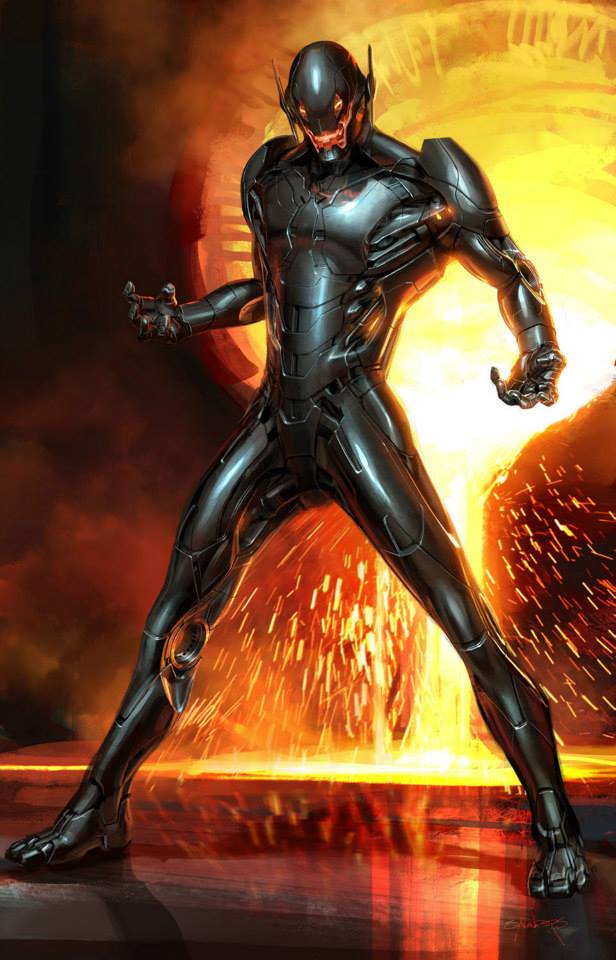 "This was one of the "first round" designs that really got a lot of attention and was an early pick," Saunders wrote on his Facebook page. "The idea of having large gaps in the limbs and torso to keep it from feeling "man in suit" remained through the final design." 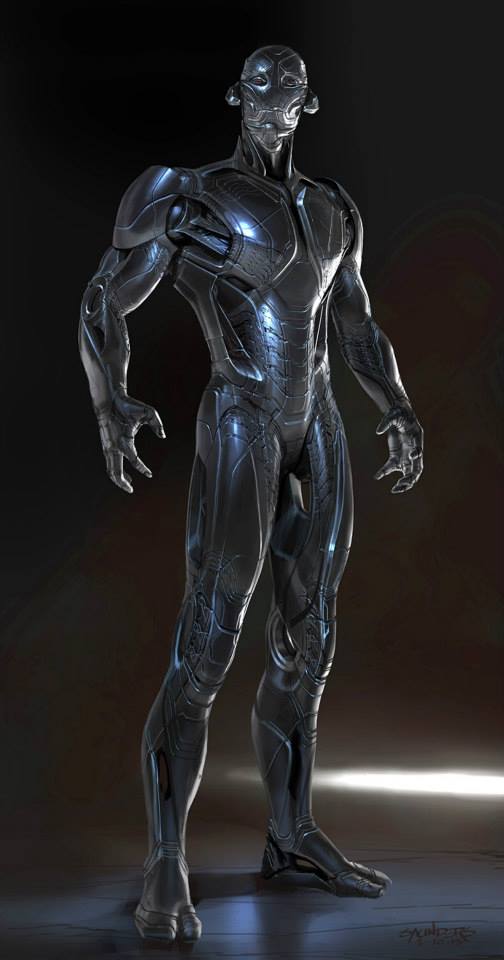 "A more refined version from the second round, working from Ryan's head design and incorporating his intricate panel breakup aesthetic into the body For a while we all thought this one was a "go," but Jos Whedon was looking for something a little more relatably mechanical." 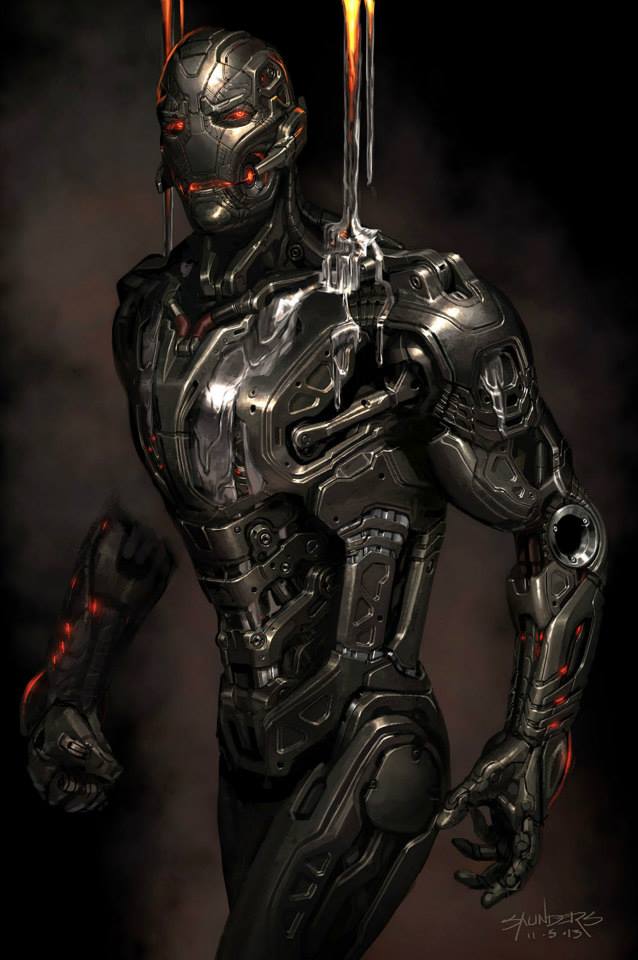 "Another stage in the evolution of this design, making the mechanics less refined. An idea of how the Vibranium would pour onto it as well." 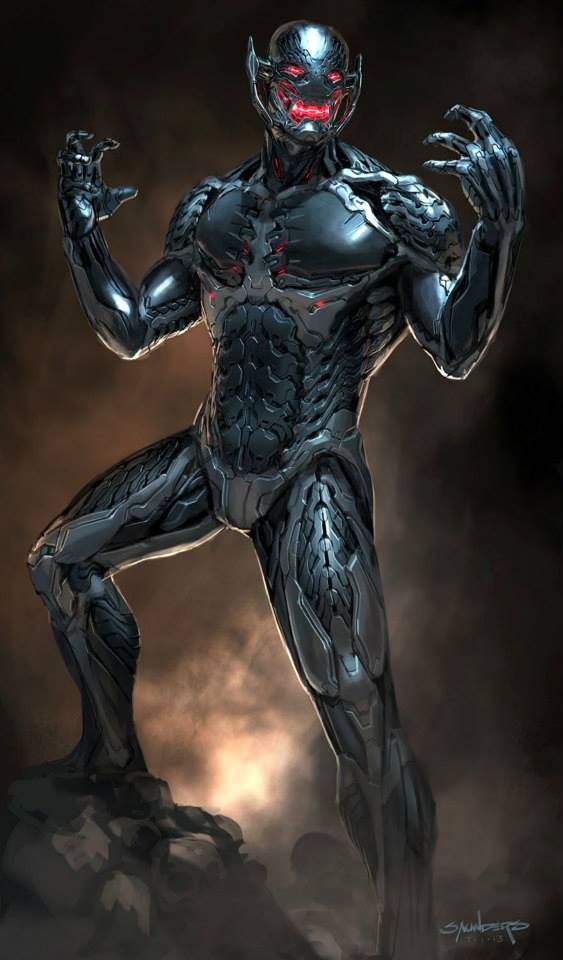 "Another first round design, more anatomical, with mechanical "watchband" musculature reminiscent of the inner workings of an Iron Man suit." 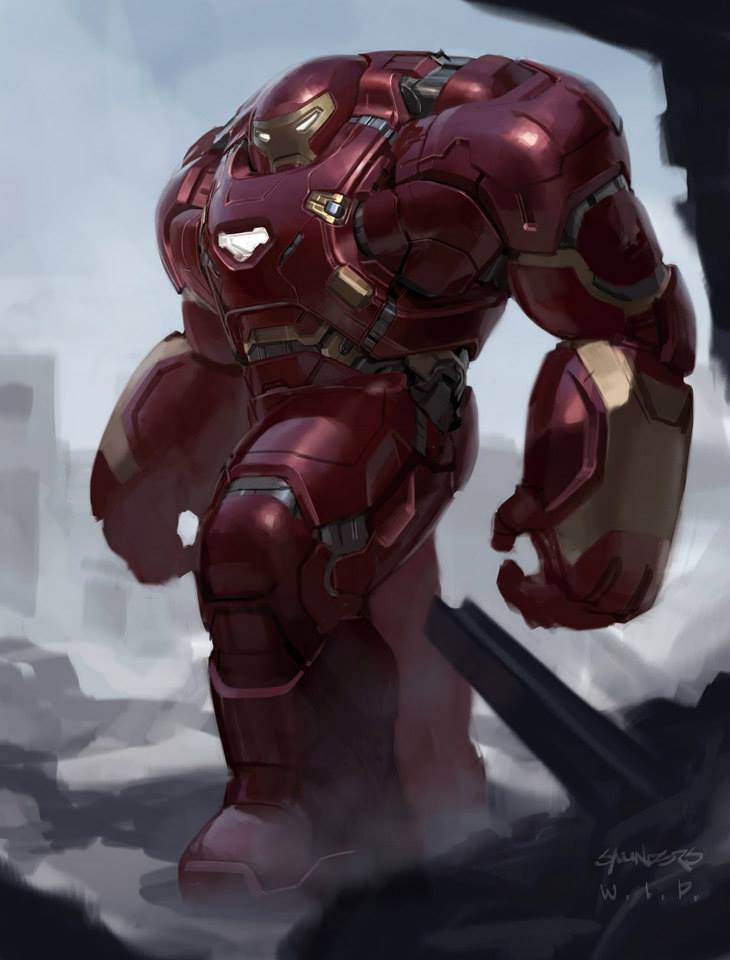 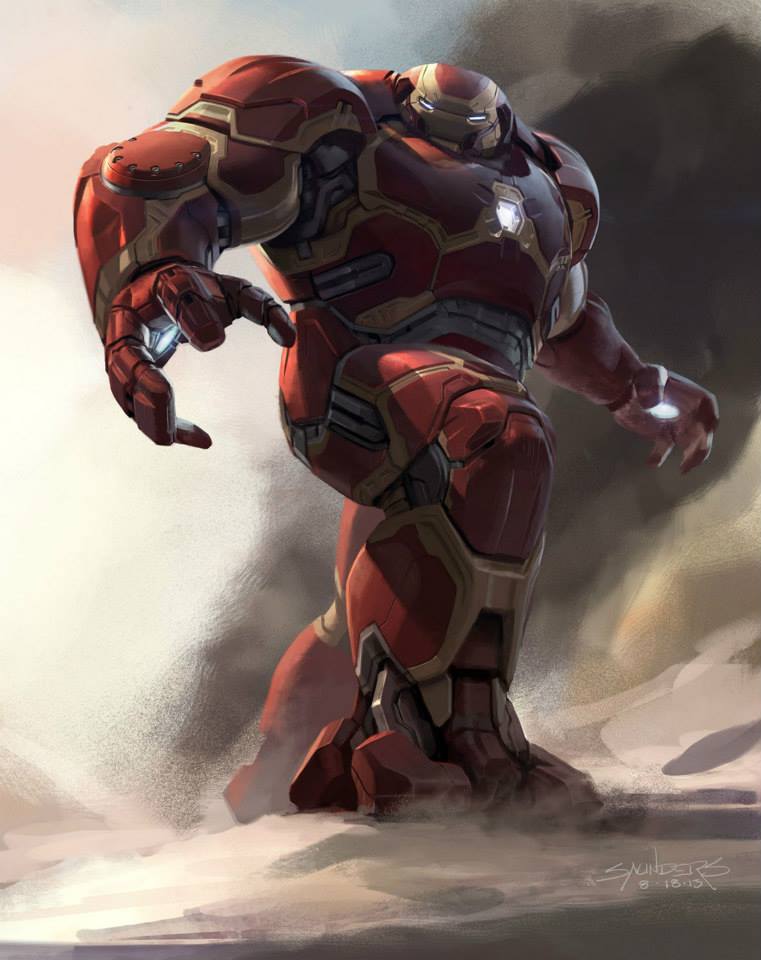 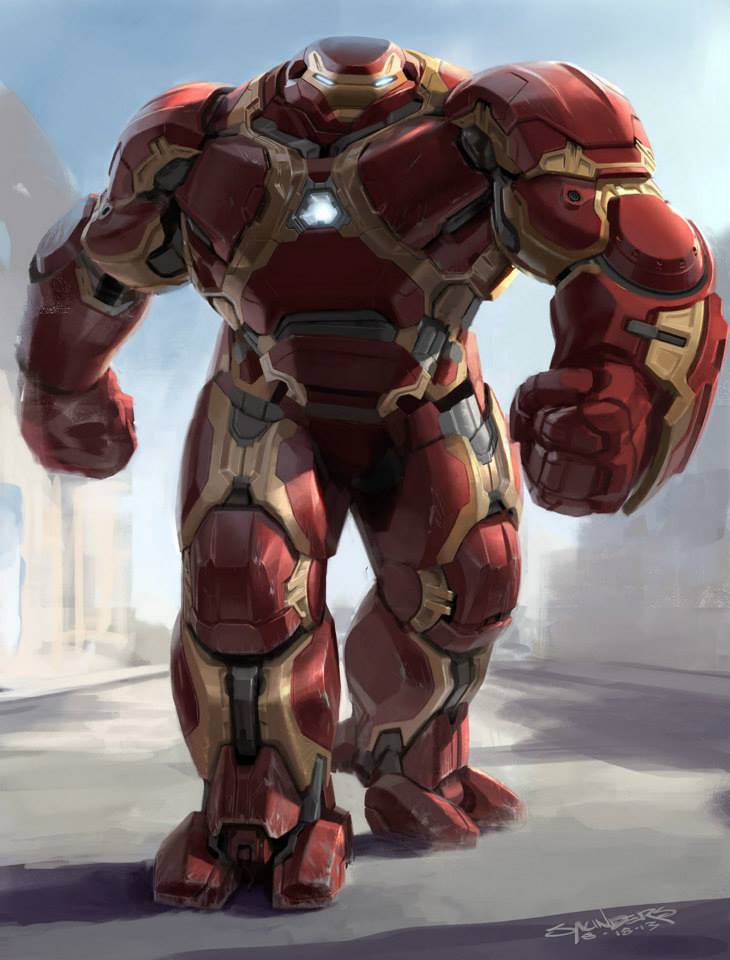 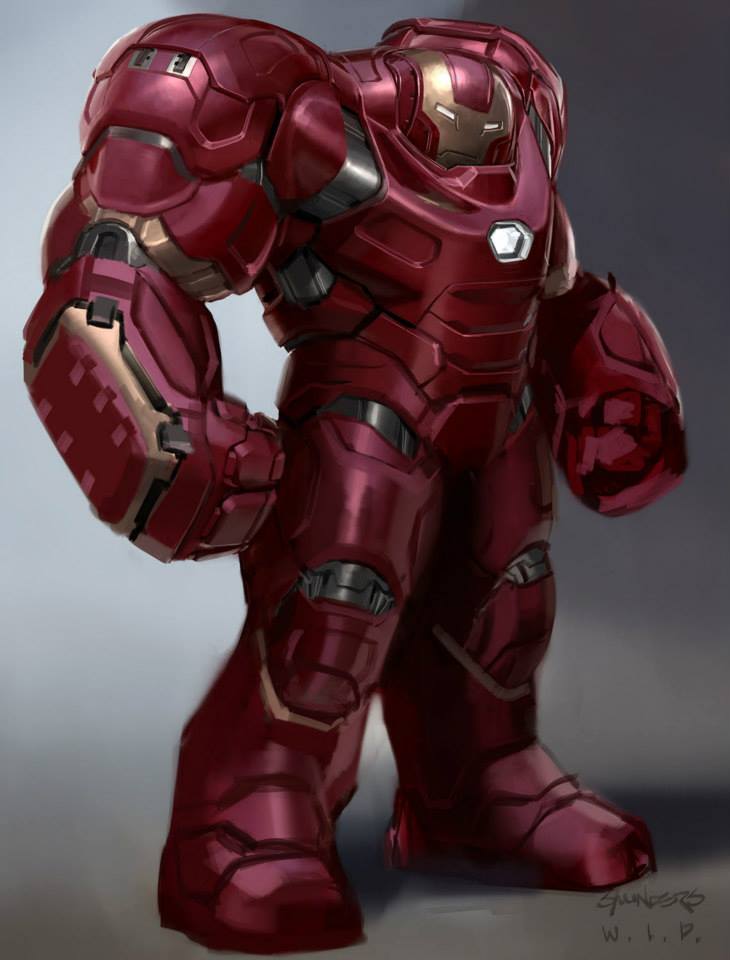