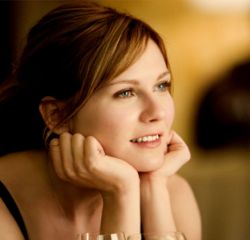 It looks like 'Spider-Man 4' is ramping up. The first draft of the script for 'Spider-Man 4' will be completed the end of June, Sam Raimi tells MTV's Splashpage. The director says he's also close to hiring some of his production crew. When asked about whether or not Kirsten Dunst will return as Mary Jane Watson, Raimi said:

“Kirsten? I have talked with her, and she’s very excited about the possibility of it. I think I’m going to have to read the screenplay and make sure everything we’ve talked about is working, before I could honestly tell you absolutely how [Dunst’s possible return] would go.”

I'm trying not to read too much into this, but it sounds like this isn't anywhere near a done deal. Wonder if Raimi has another actress he'd like to cast in the role? 'Spider-Man 4' is due in theaters May 6, 2011.