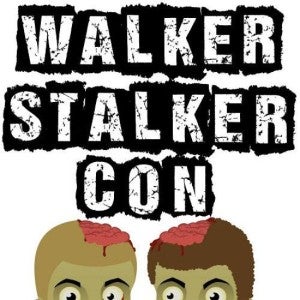 Walker Stalker Con, a zombie, horror, and sci-fi themed fan-centric convention, will be held at America’s Mart connected to the Westin Peachtree Plaza Hotel in Atlanta, Georgia on November 1-3, 2013. Fan access to celebrity guests will be the primary focus of the inaugural event.

The Walker Stalker Con is being run by James Frazier and Eric Nordhoff, who are the host of The Walker Stalkers podcast, which has been ranked as high as #2 on iTunes for all Entertainment podcasts.

"We hope to continue this same kind of access and involvement with our first ever convention," say James Frazier and Eric Nordhoff. “We want fans of TV shows, films and comics in this genre to have a chance to have real interaction with their favorite celebrities – not just a 10 second hand shake and photo opp.”

Walker Stalker Con kicks off on Friday, November 1, 2013 at noon. The exhibit floor will be open all three days featuring games, toys, comic and other memorabilia for true fans of zombie, horror and science fiction.  Friday night, there will be a special Fan Meet and Greet for all VIP ticket holders.

On Saturday there will be a VIP Meet & Greet with celebrities, a concert with Emily Kinney (plays Beth on “The Walking Dead”), plus a “Zombie Costume Bash Party” – a night of dressing up, contests and meeting/mingling with the celebrity guests! (Must be 18 or older to attend the Zombie Costume Bash.)

All events, except for the Saturday Night Zombie Costume Bash party, are family-friendly. Children age 10 and under do not require a ticket with a paid adult.  (Children will receive a General Admission ticket only and are not eligible for a free VIP ticket.  A VIP ticket may be purchased for children separately.)

In addition, Atlanta Movie Tours will also be departing from the hotel providing fans with a local tour of movie and TV filming locations in the area.

Walker Stalker Con will be held November 1, 2, 3 at America’s Mart in Atlanta, Georgia. Tickets for the event start as low as $30 for general admission and can be purchased at www.walkerstalkercon.com/tickets.