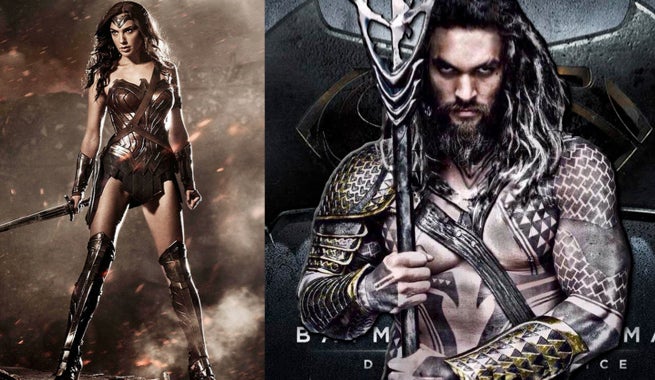 According to studio insiders, Warner Bros. is having a difficult time charting the course for its two biggest DC Comics tentpoles: Wonder Woman and Aquaman.

In choosing a script for the 2017 Wonder Woman solo film, Warner Bros. reportedly hired five different writers to compete for the title of screenwriter. Each writer was given a treatment of the film, and was told to write its first act. Of the five competing, Warner Bros. has reportedly narrowed the competition down to Jason Fuchs (Pan) and an unrevealed writer. The competition reportedly follows the departure of screenwriter Kelly Marcel's, who left the project once she learned that Michelle MacLaren had been hired to direct the Wonder Woman film.

And it seems that Warner Bros. are hiring several cooks to work in Aquaman's kitchen as well. According to the Warner Bros. insiders, Will Beal, Jeff Nichols, and Kurt Johnstad are all working on an Aquaman screenplay. However, Johnstad was reportedly instructed by Warner to pause on the film until the studio was ready to proceed with a clearer vision. Game of Thrones' Jason Momoa will star as the Justice League's underwater dweller.

But before Wonder Woman or Aquaman spin off into their solo films, both will appear in next year's Batman Vs. Superman:Dawn of Justice. They will then reunite for Justice League: Part One in November 2017.